Be wary of fresh summer fruit

The health risks of non-organic fruit and vegetables could be far worse than previously feared. The pesticide used to protect fruits and vegetables from premature deterioration is actually causing more harm than good, according to Dr Harald Gaier. 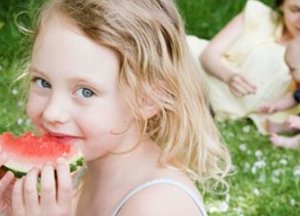 Peaches, blueberries, grapes, apples, strawberries... the five-a-day you should avoid; something I thought you all needed to know as the summer season hits and the fine British public start to consume more fresh fruit!

The worst offending fruit and veg are the heaviest pesticide-contaminated foods – these include peaches, celery, apples, strawberries, blueberries, nectarines, sweet bell peppers, spinach, kale/collard greens, cherries, potatoes, grapes, and lettuce. I suggest that any of these foods should only be eaten in organic form, especially if they are eaten on a regular basis.

Pesticides found in non-organic fruit and vegetables have been found to disturb normal nerve function, interfere with normal sexual development, as well as causing thyroid malfunction. They contribute to the obesity epidemic, increase the risk of cancer, and can even contribute to mild mental retardation in growing humans.

Pesticides are far more of a human health hazard than governments acknowledge, primarily because if they did admit to the seriousness of the problem then people would demand to know why they had allowed the public to be exposed to unremitting low-grade poisoning for more than the past half century.

New research also suggests that there is a link between ADHD and pesticides in children. This research proposes that when children are exposed to high levels of pesticides, it could increase the odds of their developing ADHD.

The study data was collected and analysed from more than 1,100 children in the U.S. with age ranges of 8 to 15. The researchers examined the data and determined, based on their analysis, the children who possessed higher levels of pesticide in their urine were more likely to have ADHD. The salient point is that most pesticides are neuro-toxins and statistics show us that the neuro-toxins are especially problematic for pregnant and nursing mothers, as well as to fetuses and infants.

So, fruit, dangerous? Could be  - so better to be safe than sorry!

As a naturopathic physician based on Harley Street, Harald Gaier has nearly four decades of clinical experience and writes for several of today's leading alternative medicine publications. Austrian-born, he has a heritage in medicine but his passion has always been in using science and nature to inform natural practices and solve medical dilemmas.

Harald Gaier is fully registered in the UK in all the major alternative medical disciplines including Osteopathy, Homoeopathy, Acupuncture, Naturopathy and Herbal medicine. Using natural remedies to cure almost any medical condition he is an expert in Prostate Cancer, Irritable Bowel Syndrome, Menopause, Insomnia and various lifestyle issues.