Supporting Barnardo's with a gift in your Will can help young people like Neesha through the toughest times. 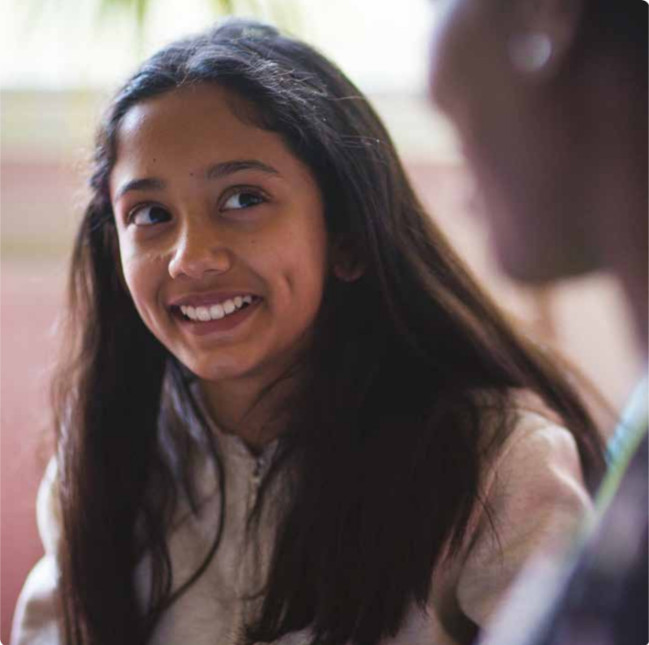 Neesha was 11 when she was referred to our emotional health and wellbeing service, Harrow Horizons. She was a victim of bullying and of racist and homophobic abuse.

“My glasses got broken,” says Neesha. “No one helped and I didn’t tell anyone. Every day people would say things that would hurt me inside.”

Bullying can take over a child’s whole world, and leave parents feeling powerless to help. That’s why we invest in mental health, and work with children and their parents to build stronger families.

When Neesha was referred to Harrow Horizons, she received weekly one-to-one counselling where she found space to talk about her feelings and get the support she needed.

Every day people would say things that would hurt me inside.

“Coming to Harrow Horizons helped me to have more of a voice. I could speak to someone and explain how I felt. They helped me to understand that the nasty things people say aren’t true,” says Neesha.

They also helped Neesha’s mum, Dhian, to be there for her daughter – making their family stronger.

Dhian explained the impact this has had on their family: “Neesha is so different now, and I’ve been given tips to help her. Harrow Horizons is an invaluable service and I hope it can support more young people with their mental health.”

We want to be there for every child like Neesha – and help parents to support their children through the toughest times.

Why gifts in Wills matter

With the support of people like you, we can help build stronger families, and happier childhoods. Nearly half of all the money fundraised for Barnardo’s comes from gifts in Wills – without these gifts, so much of the charity's work for so many vulnerable children would not be possible. What better way to remember the cause whose values you share by leaving a Gift in your Will?

Supporting Barnardo's through your legacy

You’ll find more information about Remembering Childhood with a Gift in Your Will to Barnardo's here.