Top tips to ensure your new car retains its value

We're all worried about the cost of fuel, road tax and our next service, but the single biggest cost of motoring is depreciation. 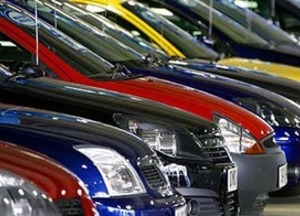 All cars depreciate and some are worse than others - big, expensive saloons, for example, shed their value much faster than small, fuel-efficient hatchbacks.

While there's no avoiding depreciation, you can soften the blow. Valuation experts at British Car Auctions (BCA) have crunched the numbers and come up with the top 10 ways to avoid being hit in the pocket when you come to sell your car.

Read on for the lowdown.

Keeping up with the maintenance schedule can literally add hundreds of pounds to the value of a three- to five-year old car. Having the work done at a franchised dealership is very worthwhile for new cars, but not so much for older models.

Base-spec models are difficult to sell second-hand, particularly if it's an executive car like a BMW or a Mercedes-Benz. A good, mid-specification model with a few extras will hang onto its value the best.

Off-the-wall special editions with lurid paint and interior schemes are best left alone. They have a short shelf life and quickly become unwanted on the used market.

Go for a paint job that suits the car, rather than what might be your favourite colour. A colour that's in vogue today won't necessarily be popular in a few years' time, though smaller cars can get away with brighter paintwork.

Matt or flat finishes can look tired very quickly, so they're best avoided, as are beige or white on big cars, as they end up looking like taxis. Sober colours and metallic paint are always a good bet, but black can make big cars look like hearses.

'Pimped' cars are a big turn-off for buyers, so don't bother. Also, you'll never get the money back that you've spent on the modifications when you come to sell on, so it's really not worth the effort.

'Chipped' or remapped engines can improve a car's performance and even its fuel economy. The downside is that a buyer will often think such a car has been thrashed - even if it hasn't.

A car that was popular when new is still likely to be a hit with used buyers. Common cars also have cheaper parts costs, as supply is stronger.

Try not to buy a car registered late in December, as it will almost instantly become 'last year's model'. That said, you can get fantastic showroom deals on such cars, so it's sometimes worth it.

Buying a car that is about to be replaced by a new version is a bad idea, as it will age quickly when the facelifted one hits the road. As with the registration scenario, this can be worthwhile if you get a great deal in the showroom - if not, don't bother.

Looking after your car will pay dividends. Repairing bodywork damage before it corrodes or gets any worse is a great way to avoid depreciation, as is not smoking in the car. A good scrub and polish before the car goes up for sale will make all the difference, too.