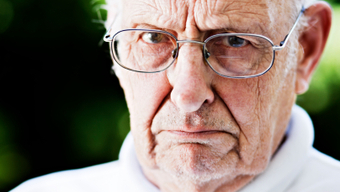 Here is a list showing 20 years of iconic Christmas adverts on British TV. This list includes adverts such as Coca Cola: The Holidays Are Coming and Marks And Spencer's: Not Just Christmas Food.

For many, the “Holidays are Coming” jingle that accompanies the sight of a convoy of Coca-Cola trucks, all decorated with festive lights, heralds the imminent arrival of Christmas and the winning formula continues to be used to this day.

“This is not just Christmas food, this is M&S Christmas food”, is the message at the end of Marks and Spencer's classic 2006 advert, featuring a variety of delicious festive treats. The seductive voice over, combined with the mouth watering images, tantalizes the taste buds of everybody who loves a good Christmas Dinner.

The Marks & Spencer’s advert of 2009 shows the things that make Christmas. Having celebrities such as Stephen Fry, Jennifer Saunders, Joana Lumley and even Wallace and Gromit, telling the audience of all the things that ‘Christmas isn’t Christmas without’.

It was the clever twist at the end of the advert that made this one so effective. After waiting impatiently for Christmas Day to arrive, the small boy, who is the star of the show, rushes past the pile of gifts by his bed on Xmas morning to give his parents the present he had bought for them.

A snowman battles the elements and rough terrain to buy a hat, scarf, and gloves for his girlfriend, to keep her warm. Another heart-warming festive masterpiece from John Lewis, encouraging viewers to give a little more love at Christmas.

Sainsbury’s: Christmas Is for Sharing (2014)

A hundred years after the start of World War I, Sainsbury’s decided to re-enact the historic scenes on Christmas Day during the war, when hostilities ceased on the Western Front and both sides met in no-man’s land for a game of football. The advert also featured British and German soldiers leaving each other secret gifts, symbolising the strength of the Christmas spirit even in such difficult times.

Realising that his friend, Monty the penguin, is lonely, the little boy who stars in this tear-jerker buys him a companion for Christmas. The two penguins turn out to be stuffed toys when we see them through the eyes of the mother at the end of the advert but they effectively show how Christmas is all about thinking of others.

Show someone they're loved this Christmas was the message at the end of this beautifully sentimental advert in which a little girl with a telescope spies an old man living alone on the moon in the run-up to the festive season, and wishes to send him a present. After several failed attempts with a home-made bow and arrow, and a paper plane, we finally see her gift arrive on the moon on Christmas Day, carried there by balloons. The gift is a telescope, with which the old man can see the little girl waving to him, bringing a tear of joy to his eye.

We see a loving father struggling to erect a trampoline in the back garden on Xmas Eve as his daughter bounces up and down on her bed before going to sleep. During the night, the family pet, Buster, watches as a badger, squirrel, hedgehog, and two foxes enjoy bouncing on the trampoline. In the morning as the little girl sees her gift for the first time, Buster rushes past her and starts to jump up and down on it, illustrating the message at the end: John Lewis has “Gifts that everyone will love.”

Mrs Claus answers a little boy's letter asking her to help him make his big sister happy at Christmas by bringing her a pair of new red trainers to replace the pair ruined by his dog. While Santa Claus is out delivering presents in his sleigh, Mrs Claus takes her helicopter and delivers the special gift, ensuring that the girl realises her little brother loves her, even if he is a pain.

When considering buying a new mattress don’t get carried away by its price or brand. Buy a quality product and do not hesitate to try a new mattress before paying for the same.