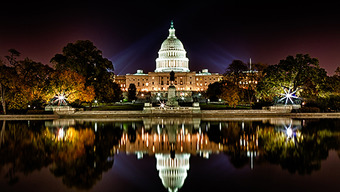 The United States is a liberal country, and probably the only in the world that is inhabited by people from all the continents of the world. It followed and practiced a unique set of liberalism that proved a drawing factor for attracting people in lending their hands in the country's progress. If you ever have been intrigued by its rise as the super power of the world, start exploring this great nation with a visit to Washington, D.C.

The United States is a liberal country, and probably the only in the world that is inhabited by people from all the continents of the world. It followed and practiced a unique set of liberalism that proved  a drawing factor for attracting people in lending their hands in the country's progress. If you ever have been intrigued by its rise as the super power of the world, start exploring this great nation with a visit to Washington, D.C.  For it is not only the capital of the United States, but also a reservoir of its history. Lots of historical monuments, memorials, and museums are found here. Besides, it also holds political importance as it the headquarters of several international organizations and a host to 176 foreign embassies. Due to immense political and historical attentions, it has become the most popular tourist destination in the U.S. To feel the essence and glory of the city, visit these 10 top tourist attractions in Washington, D.C.

Starting your exploration with the National Mall is the wisest thing to do in Washington, D.C. It is a administered by the National Park Service and is a greenway flanked by beautiful monuments such as the U.S. Capitol (a federal government building), Lincoln Memorial, and other museums and memorials of powerful people. Start your adventure with the National Museum of American History. Anything and everything that is pure American has been stored here. Take a loot at Abraham Lincoln's top hat and the various heritages of the country. Take your exploration to another important landmark of the city – the National Museum of Natural History. Avail the free entry and be amazed by looking at the massive collections of the museum that comprise of 126 million specimens of living things and natural elements. Be dazzled by the sight of the world's precious diamond called “Hope Diamond.”

Visit the Vietnam Veterans Memorial and see the names of martyrs inscribed on the wall. Besides, there are memorials of President Ulysses S. Grant and James Garfield as well. By the time you come out of the National Mall, your knowledge on the history of the U.S. will have inflated a lot.

When in the U.S., one of things to do in Washington, D.C. is to visit the White House. This national landmark is not just the home of the U.S. president, but the most recognized symbol and secured building in the world. This is where the world's political leaders meet the most powerful man in the world – the U.S. President. However, touring the White House needs prior permission, planning, and a valid passport and U.S. visa. You need to contact your country's embassy in Washington ,D.C. at least six months in advance. Once the permission is granted, you have to confirm it again 21 days before your visit.  Visitors are allowed to tour the East Wing that has several rooms, including the State Dining Room. They can also tour the White House Rose Garden.

Located in the National Mall, the Washington Monument is a beautiful monument standing 554 feet tall. The white-colored structure is built of marble, granite, and bluestone and is the world's tallest monument column. It was built to honor the first president of the U.S. – George Washington. This obelisk is a stunning monument in Washington, D.C. and can be viewed 24 hours a day. The breathtaking landscape with a walking trail on both the sides and a fresh water pond in its center, make the monument more attractive.

Nothing can provide a fine tribute to the 16th president of the US, Abraham Lincoln, better than the Lincoln Memorial. A massive statue of Abraham Lincoln in a seated position is placed in the center of the a building that replicates a temple of the Greek Doric style. It was dedicated to the nation in 1922 by the hands of the Lincoln's son, Robert Todd. The memorial is built in the west end of the National Mall.

The Jefferson Memorial was built in honor of the third president of the U.S. The building's architecture is inspired by Roman Pantheon. A huge statue of Jefferson in a standing position is placed in such a way inside the building, that it appears as if the status is looking at the White House. The memorial is located in the West Potomac Park of the National Mall. A large water body in front of the memorial with a wide pathway next to it makes the surrounding cooler.

The United States has already proved its supremacy in the field of space technology. To see whom the country has achieved such excellent that the world is willing to buy their technology at an exorbitant rate, visit the National Air and Space Museum. This place is managed by the Smithsonian Institution that takes care of several historical monuments located in the National Mall. The museum is the best place to learn and know about the air and space programs of the country. You will see the 1903 aircraft designed by the Wright brother and the Apollo 11 used by scientist for space exploration. To know the country rules the air and its technology, get your US visa first.

If you have a valid U.S. visa, you can do a favor to yourself by visiting the world's largest library – The Library of Congress. Built in 1800 and transferred to its present location from Philadelphia in 1900, it has the largest collection of rare books. One can spend his entire life reading books in this library, but still the person won't be able to complete reading 36 million books written in 460 different languages of the world and the 69 million manuscripts.

Had not the U.S. government isolated church and state, the Washington National Cathedral would have become the national cathedral. The Neo-Gothic style church is an impressive structure and a holy destination for millions of followers of Christianity. It is regarded as the sixth largest cathedral in the world, and covers two football grounds in length. It has been host to numerous celebration of national importance, such as the swearing in of the president, observing a special day that is the nation's pride, and funerals of the former presidents.

Feel the essence of Washington D.C.'s diverse ethnicity by strolling in Georgetown. You can find restaurants owned by people holding different nationalities. This is the best place to shop because of the several retail outlets are lined up along the street. You will have no problem to shop and et to your delight in this historic town located at the banks of the Potomac River. Whether day or evening, Georgetown is thronged by tourists for indulging in shopping, lunching, dining, and for strolling at the Washington Harbor.

If you are captivated by the world of spying, this International Spy Museum will bowl you over with their interactive displays. The museum also runs films on how espionage is unraveled by people who opting a daring profession of a spy. The coolest gadgets, and tricks of spies will encourage you to take up the profession and contribute to the safety of the nation.

These are the top 10 attractions you must visit in Washington, D.C. as they will make you familiar with the history of the United States as well as inspire you to do something for your country.