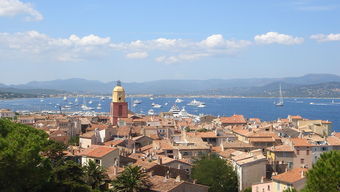 If you're divorced, over 50, enjoy knitting and have no children you could be considered a witch. Many of the Witch Trials victims exhibited what were deemed to be signs of witchcraft. From physical traits to personal preferences, here’s 11 indicators that may suggest that you have magic running through your veins…

Whether you simply feel out of place or firmly believe that you’ve mastered psychic attunement, there could be more to you than you think.

Being a witch in the modern day is much more acceptable with religions such as Wicca and Paganism diversifying beliefs and reducing stigma. However, if you were born centuries ago, you would likely have faced the witch trials.

As early as the fifteenth century, mass hysteria swept across the globe leading to hundreds of thousands of innocents being labelled as a witch and cruelly tortured or murdered. New research even allows you to test how you’d fare in the Witch Trials and what your punishment would be.

Many of the Witch Trials victims exhibited what were deemed to be signs of witchcraft. From physical traits to personal preferences, here’s 11 indicators that may suggest that you have magic running through your veins…

1 - You are female
Although men were also tested as witches, women were four times more likely to be accused of witchcraft than men during the sixteenth century. Between 1500 and 1660, almost 80,000 suspected witches were sentenced to death in Europe. Around 80% of those accused were women.

2 - You are older than 65
The majority of those accused of witchcraft during the sixteenth century were old women with little to no income. One of the eldest victims of the Witch Trials was 77-year-old Margaret Scott, who was executed in Salem on September 22nd, 1692. She was accused because she begged from her neighbours after her husband died and left her destitute.

3 - You are a cat lover
Generally speaking any animal lover would at least raise eyebrows however, cat lovers were seen as the ‘witchiest’. A black cat is the animal most commonly associated with witchcraft. Witches were often accused of having familiars - an animal-shaped spirit or demon who served as a domestic servant, companion and spy.

4 - You enjoy sewing, knitting or arts and crafts
Embroiderers and knitters beware! In the Early Modern Period, creatives could find themselves in serious trouble. During the Pappenheimer Family Witch Trials in Germany in 1600, the Pappenheimer family were tried and executed after being accused of assisting a common thief in murdering pregnant women and making candles out of their foetuses. If neighbours saw you regularly crafting, they could accuse you of compiling materials to cast spells with, or even making an effigy of the devil.

5 - You have a birthmark
Witch hunters proclaimed that a witch could be identified by a ‘permanent marking of the devil’ on the body and these could take the form of scars, birthmarks, warts or blemishes.  During the North Berwick Witch Trials in 1950, a young servant called Gilly Duncan confessed to being a witch after prosecutors found a 'devil's mark' on her neck.

6 - You are divorced or widowed
If you were divorced or widowed during the witch trials you would be more likely to be accused of being a witch. Poor women who didn’t have husbands in particular would be vulnerable. During the 1662 Bury St. Edmunds Witch Trials, two elderly widows, Rose Cullender and Amy Denny were accused of witchcraft, purely because they were elderly and lived alone.

7 - You believe in ghosts
Even your personal beliefs were subject to scrutiny, so if you admitted to believing in ghosts you could be in danger. Victims of witchcraft would often claim they were being tormented by the spectres of those they had accused. Spectral evidence played a key part in condemning the supposed witches during the Salem Witch Trials in 1692, as nine-year-old Betty Parris and eleven-year-old Abigail Williams accused Tituba, a slave, of having attacked them in her ghostly form.


8 - You love silver jewellery
Long associated with the moon and lunar energy, silver is the metal most associated with witches due to its reflective and conductive qualities. It is believed that witches often carry amulets to bring good luck and the closer to the body these amulets are, the more powerful their magic is believed to be.

9 - You are left-handed
Left-handedness is less common than using your right hand to write. As a result, witch hunters associated left-handedness with magic and assumed that who used their left hand were practicing witchcraft and consorting with the devil.


10 - You have no children
Childless women were often accused of witchcraft as accusers believed that witches were cannibals. This led 367 victims to be indicted during the Valais Witch Trials, men were also accused of abducting and consuming children. In contrast, having more than five children could also draw attention from jealous neighbours who would accuse you of conceiving children via magic or Satan.

11 - You have red hair
Red hair was rare during the sixteenth century so redheads were often stigmatised and accused of witchcraft. Additionally, the Malleus Maleficarum stated that red hair, green eyes and freckles were some of the physical signs of sorcery and devil worship.

I know that in the internet all is witchcraft. On Facebook especially. I've been always trying to win some spare parts for my car in different contests, but I always lose. Because they also consider how many likes your post gets and mine never has more than 2 likes. While other people have >5000 votes. So you will tell me afterwards it is not witchcraft? I am sure it is!

Are you kidding me? This is an entertainment article, and in real life I hope you don't believe this village conceptions. If people surpass you in votes so many fold, they apparently buy them. So you can also do it here and you will keep at par with them. And I hope you will win something in those contests. Life must be fair and equal for all.

To find a boyfriend or girlfriend, you no longer need to go to parties and tell greasy anecdotes there. Instead, it's enough to install an online dating app. But is it safe indian women?

Before, to meet someone, you had to go to different places like bars, clubs, stag parties, hen parties and birthdays. Sometimes even the library. In addition, it took some courage and effort to just find someone interesting, come up and introduce yourself.
Nowadays, dating apps and sites make this task much easier. With their help, you can find a partner even in another city or country, if you just want to.

If in our time such a witch hunt began as in Salem studydriver.com/salem-witch-trials-essay/, and the hunters were based on the criteria that you propose, then much more than 200 people would suffer ... Otherwise, seriously speaking, your criteria are suitable for 10-15% of women of this age and I do not see anything wrong with that, we live in a time when people do not live by foundations.