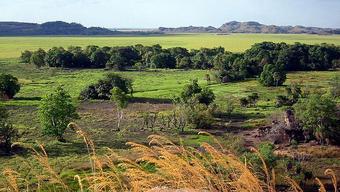 Australia is a huge country full of contrasts. It has modern and glamourous cities such as Melbourne and Sydney. It has some of the most diverse wildlife you'll ever see. It is also split into distinct regions, each with its own unique characteristics that make it well worth visiting.

You could easily spend months exploring Australia and still only scratch the surface. Yet you can also have a great time and visit some amazing destination if you only have a week. Many people are drawn to this country for its natural wonders. A good place to start if you want to see some of Australia's most beautiful and distinctive landscapes and wildlife are the national parks. Let's take a look at a few of the best of them. 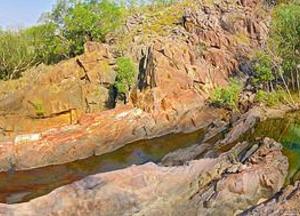 This national park is located in the Northern Territory and is composed of almost 20,000 square kilometres of land. It's listed as a World Heritage Area site for several reasons, especially its unique rock paintings that date back many thousands of years. This is one of the best places in Australia to see Aboriginal art that looks much the way it did in ancient times.


The rock art found at Kakadu has many different meanings. It was used to tell stories, for hunting and for religious purposes. Many Aboriginal people still find significance in this type of art, so seeing it gives you a glimpse at one of the longest unbroken cultural traditions in the world. More than half of Kakadu National Park is Aboriginal land, and the park is largely managed by Aboriginal people who have inhabited this area for 50,000 years.

Aside from the rock art, there is much else to see at Kakadu National Park. There are more than 2,000 species of trees and plants, as well as many diverse species of birds and other wildlife. Visitors to the park can take advantage of the many tours and lectures given there. Many people go through the park as part of a coach tour. It's also possible to drive through it yourself if you have a sturdy vehicle. There's a great deal to see here during any season, but the most popular time to visit is the dry season, which is from May to October. 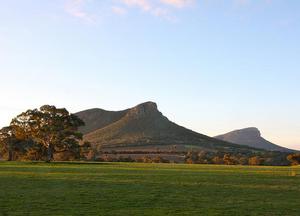 This park, located in Victoria, is quite a bit smaller than Kakadu, but also contains some incredible rock art. It's also a popular destination for hikers and climbers. There are many fascinating places to walk in this park, including some scenic waterfalls. The park has several campgrounds that supply amenities such as toilets, picnic tables and fireplaces. If you want to camp you need a permit, which allows you to bring a vehicle to camping sites.


Grampians National Park draws many visitors in the spring months, especially between August and October, for its bounty of wildflowers. Among the many diverse plant species found here are more than 40 species that are unique to this park, such as Grampians Parrot-pea and Grampians gum. Bird watchers also appreciate this park for large population of bird species found here. The park is home to many mammals as well, such as koalas, kangaroos, gliders and possums. Grampians National Park is a little more than 200 kilometres west of Melbourne.

Some sections of the park are currently off limits due to fires, but many areas are still open to the public. If you plan to visit, you should stay updated on the current situation. 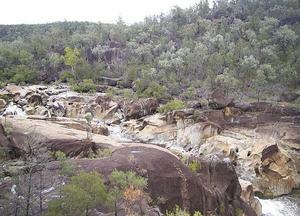 This national park, located in northwestern NSW, near the border of Queensland, is a good place to visit if you're looking for a quiet destination that isn't as popular a tourist destination as some of Australia's other national parks. Kwiambal National Park is known for its watery attractions - rivers, waterfalls, natural swimming pools and beaches.


You can come here to swim, fish or just to enjoy the scenic views. The park is home to both the Macintyre River and the Severn River, both which are great for swimming, kayaking and fishing. Macintyre Falls offers some spectacular views of the junction of the two rivers. People who like to explore caves can visit Ashford Caves, the site of a former coal mine.

Campers have plenty of space to camp out in trailers or tents. The most popular camping area is Lemon Tree Flat, which is near the Severn River. As with all of Australia's national parks, Kwiambal is full of diverse wildlife. You can see many colourful birds such as turquoise parrots and black cockatoos, as well as mammal species such as squirrel gliders, emus, koalas and kangaroos.

Many Reasons to Explore Australia

There is never a shortage of things to do in Australia. The above are just a small sampling of the many amazing national parks that are scattered throughout the country. There are also plenty of other reasons to plan a trip to Australia. You can find lots of great cultural offerings in the cities. You can find many great places to dine in Melbourne, for example, as this city is gaining the reputation as a foodie's paradise. Sydney, meanwhile, has many unique attractions such as the Sydney Opera House. It's just a question of deciding how much time you have and figuring out which destinations hold the most fascination for you.