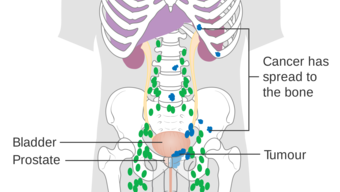 Based on reports released by the CDC (Centers for Disease Control and Prevention), cancer of the prostate gland is the most prevalent type of cancer diagnosed in men in the USA. The likelihood of having prostate cancer steadily grows as men age, and it's estimated that six out of 100 men older than 60 will develop prostatic cancer before they turn 70, says the CDC.

While there isn't any foolproof way to prevent prostate cancer, the facts indicate that diet and exercise play an important part in protecting the prostate gland. Listed below are 5 easy and invaluable tips on how men can improve their prostate health.

1. Eat Lots of Fruits and Vegetables

The vitamins, minerals, and antioxidants found in fruits and veggies can reduce a man's probability of developing prostate cancer. In particular, green veggies have chlorophyll and other substances that aid the body in neutralising cancerous compounds known as carcinogens. A vitamin-rich diet plan can also delay the spreading of cancer to other organs and tissues.

Red fruits like tomatoes, strawberries, and watermelon get their vivid colouring from lycopene, a strong antioxidant. Research has proven that adult men who ingest these fruits and tomato-sourced products like organic ketchup are less likely to develop prostate cancer than men who don’t.

In addition, by consuming plenty of fruits and veggies during the day, men aren't as inclined to gorge on refined junk foods, which often contain a lot of chemicals and potential carcinogens.

Omega-3s are fatty acids that can help lower a man's risk of acquiring prostate cancer. These healthy acids are plentiful in most fish such as tuna, sardines, snapper, trout, mackerel, swordfish, and salmon.

Scientists at UOC in Los Angeles have discovered that in comparison to a fat-rich diet, eating low-fat foods and supplementing with fish oil capsules retards the progression of cancerous prostate cells to other vital areas of the body.

According to the ACS (American Cancer Society), smokers are much more likely to develop prostate disease, and when they do it has a greater chance of being an aggressive type. It's never too late to stop the habit. In comparison to active smokers, patients with prostate cancer who stopped smoking for longer than a decade had similar fatality rates to people who were never smokers.

4. Learn the Value of Exercise


Exercise shouldn't seem like a huge chore. Men should consider switching up their workouts or inviting their friends to exercise with them, since they'll be more motivated to work out if they're enjoying themselves.

5. Seek Advice From the Doctor

Men should discuss their risks for prostate disease with their physician. A few things to go over are:


Men should let their doctor know if they plan to begin a new fitness routine, or if they experience these symptoms:


The ACS reports that over 190,000 new diagnoses of prostatic cancer are made every year in the USA. Luckily, the tips above can help men to preserve their prostate health as they grow older. Websites like Prostatitis 2000 provide additional resources for maintaining a healthy prostate gland with facts on the prostate's anatomy, methods used for diagnosing prostate cancer, and new prostate therapies.