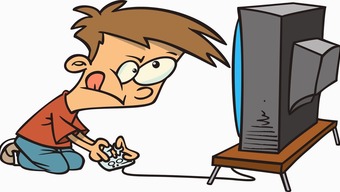 Do video games cause addiction or increase aggressive behavior? Will your child become a sociopath juts because of video games? Here are the scientific truths.

Are video games addictive? Well, it depends on who you are asking. According to American Psychiatric Association (APA), no, they are not, because all addictions must be classified as a mental disorder first to become an addiction. There are not enough evidence showing that playing too much video games will cause a mental disorder, therefore, you are safe. Yet, we keep seeing “researches” in the media saying that playing violent video games increases aggressive behavior and hostility. That’s not all, there are “reports” claiming that internet games (MMO’s) cause social behavior disorder, higher acceptance of violence, even ADHD. But what are the source of all these? Is there any truth behind this claims?

It all starts in 1995, when Wired magazine released a story about MUD’s (multi-user dungeons, grand-fathers of MMO’s) and the players who become addicted to them. The article claimed that students in college campuses play MUD’s all day long and can’t do any “homework” because of them. That they are full of virtual violence and Australia has even banned them. Sounds familiar right? For some reason, the media loved this article and started to quote it excessively. (They still do that even today.) Suddenly, video games became the scapegoat for everything that is wrong with the “youth”; remember, those were the Columbine High School massacre days. Every “grown-up” were trying to blame something other than themselves, and the video games were an easy target. They still are.

Suddenly, we started to see these “researches” popping around like candy. Almost every day a new one was getting released, all saying that video games were evil! Protect your children! Ban video games! Playing Monopoly as a family is all you need! And like every popular lie, politicians started to argue these claims too. (Anyone remembers that Hillary Clinton proposed selling video games to the underage should be criminalized? No? Well she did.)

But science… science was telling another story. It still does, just nobody wants to see it. In the latest released Diagnostic and Statistical Manual of Mental Disorders (DSM-V), a research based on all
age-groups of gamers shows that only 0.5 percent of gamers experience symptoms associated with excessive addiction. And these small percentage were already dealing with depression and excessive stress beforehand. Playing video games did not increase these symptoms, they were already there. But, what about our children? Are they going to kill you when they grow up just because they played video games in their youth? According to the Journal of Psychiatric Research, no, you can sleep without a worry. The research in this article showed that there is no link between video game use and attention problems. But, there is a link between family environment, family income and violence – interesting, right? Quoting from the article; “Television and video game use do not appear to be significant predictors of childhood attention problems. Intervention and prevention efforts may be better spent on other risk factors.”

To sum it up dear reader, video games don’t cause anything. You were already an addictive person beforehand, you just found a target for your destructive character. Stop blaming video games and leave gamers alone – you can keep ruining “real” worlds as “grown-ups”.

Hello. I am not sure I completely agree with this article. After all, a person can control his dependence on gambling. A person can afford to just have fun playing sometimes Before you start playing in online casinos, I advise you to choose some of the best playgrounds in this rating on slotsjudge.com The criteria for selecting a casino rating are as clear and transparent as possible, here are the main ones: a confirmed license issued by reputable regulatory organizations, established electronic integrity systems. As well as the availability of online, downloadable and mobile versions of the casino.

I often hear this opinion from an older generation. But I do not agree with that. Computer games allow a teenager to develop logic and performance. In fact, this makes the child more adaptive to the modern environment. I am a big fan of Dota2 and I like the big community here.  This is the whole world and anyone can find their place in it. I myself do not have much time for a free game, but I constantly monitor the results of matches of professional teams at https://hawkbets.com/matches/recent  This allows me to keep abreast of the situation and make successful bets while a major tournament is going on.

For me the best way to spend some spare time is playing online game but recently I am too busy in my business for that, I don't have enough time to find new games so I only can check out paysafecard 10 dollar casino later and that's it.

I never got addicted to video games but then someone told me about casino på nett. I have won so much money on their website that I do not want to stop playing the game.