Are you getting superstitious in your old age? 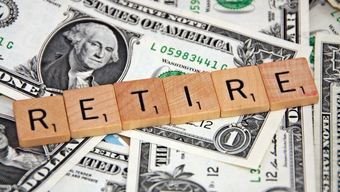 Do you notice yourselves becoming more superstitious as you grow older?

I recently came across a very interesting study about superstition and luck that got my brain ticking. After doing some further research into the topic I found even more information that is very relatable to an older man like me.

As I have grown older, I have noticed myself becoming more superstitious about certain aspects of my life. Maybe it is because I’m over half a century old but I am very cautious about my finances. What I didn’t realise until now, is that more than 50% of people aged 45 or older are also very superstitious about their financial position. Compared to 23% of youngsters aged 18 to 24 who don’t seem to have money worries.

When I was younger, I considered myself to look for scientific logic in most of my beliefs. But more often than not I now find myself becoming nervous if I walk under a ladder or accidentally smash a mirror. 27% of people who are in the over 50’s age bracket also fear the same superstitious beliefs. A further 18% of people fear the number 13, and I must admit that I often stay indoors whenever Friday 13th comes around.

The more that I think about it, the more I remember about my parents being superstitious when they were about the age I am now. I find this really interesting as most people who are over 50 (45%) claim that their irrational beliefs stemmed from their parents. I must have picked it up more than I thought at the time.

It’s not all negative though, I do believe that there are items that attract luck. For example, I received a horseshoe as a gift from an old friend. Since I have hung it up in my home I feel that there is a lot of positive energy running through the downstairs area. After looking into it further, I have realised that I’m not alone as 45% of people who are in my age group also believe in the luck that a horseshoe brings.

Superstition and luck is a topic that has been debated for as long as I can remember. Scientists claim that their is no logic and astrologers argue the opposite. I must admit that I have opened up to the idea that there is some truth behind the beliefs, just like the 87% of people aged over 45.

Do you have any superstitions? Would be great to read your comments below.

I am also getting aged but I am not superstitious at all. My sons are very responsible who are taking care of my business needs in pretty excellent way. I think purple cv is the best source that provides info about top cv writers.  So, I have nothing to worry at all.

Hi readers! I need some help in study! Can someone write assignments very fast? Yeah, this pro super writing company can. This online company provides you the best writing services. Authors have many experiences in this field of work. You can order essays right now at their masterpapers webpage!!!

Researchers found that the sleep deprivation caused the amygdala, the emotional centre in our brains, and medial prefrontal cortex, which regulates the amygdala, to not connect as it should. This disconnection of the functions caused the amygdala to be 60% more active than a rested person, which prevented the feeling of sleepiness to enter the individual. Although this study was an extreme situation of sleep deprivation, it still displays the level of damage a lack of sleep can cause. What factors need to be taken into consideration to improve one’s sleep?

I can say, This website will be play a big role in the community development. This site is new but It is an effective online source for self development and about the motivations in simply it is very helpful site for the peoples. such as Resume Writing Services in Dubai is a great source of helping for the fresh graduates and professionals. I want to congratulate to the site owner for creating an amazing site for visitor.

The NVS officials are now starting the assessment process at regional offices using teaching personnel from the educational boadaya Vidyalaya 6th Class Admit Card 2021 through official site of Board. The Board authority release JNVST 6th to 9th Class Exam Schedule.  Navodaya Result 2021 Selected list JNVST Exam conduct on 10th April 2021 in all over India. So we have suggest to applicants that they can access their JNVST Exam Hal Ticket.The JNVST Class 6 Phase 2 Admission and Class 9 Lateral Entry Exams are scheduled for February 13th , And April 10th 2021, respectively. The JNVST Class 6 result will be published in June 2021, while it will be published in April 2021 for Class 9.

It is very important to make the money basement before retirement to save your economy potential in future. But as I know you can't be well-prepared without special services. For example, you may hire a cv writer to save your time enough. I used CVuniverse service to do that stuff. Now I am prepared to take any part time jobs. My retirement is just begin!