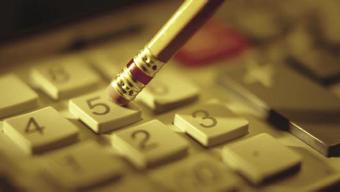 They say that death is the great leveller.

In the afterlife, wealth, poverty and greatness are distinctions bereft of meaning – it’s our defencelessness against death that unites us.

For grieving family members left behind, however, bereavement has the potential to upset the financial applecart as the cost of a funeral continues to skyrocket.

The going rate now stands at £3,456 – an eye watering 80 per cent rise in the last 10 years – before “extras” including wreaths, flowers, catering or even a headstone are accounted for.

Considering this increase, it’s little wonder “funeral poverty” in Britain means more than 100,000 people, a figure which has risen by 50 per cent in the last three years, simply cannot afford to die.

To meet rising costs then, many low income families are forced to take on debt to fund a service or, alternatively, dance to the government’s tune in an attempt to secure a funeral payment.

Introduced in 1988, the government’s Social Fund Funeral Payment is designed to help families on extremely low incomes give their loved one the funeral they deserve.

Despite the amount available to each family not rising in line with funeral costs, the fund received 66,000 applications in 2013, although only 53 per cent of requests were successful.

Indeed, a study by the University of Bath’s Institute for Policy Research described the payment as “outdated”, “overly complex” and “insufficient” to meet the needs of the financially challenged.

Fighting Back Against Rising Funeral Costs

Despite surveys showing around 75 per cent of over 50s are yet to make plans for their funeral, the emotional and financial ramifications of failing to plan are palpable.

To combat burgeoning funeral poverty and ensure loved ones are not left with a financial burden, growing numbers of people are recognising the benefits of planning their funeral in advance.

While it may seem like a desperately gloomy prospect, facing up to your own mortality and defending your family from further funeral cost increases can actually be a cathartic experience.

After all, the last thing your family want to do after learning of your passing is compile a list of fitting funeral songs, order flowers and organise transportation.

Instead, speak to your family in advance and let them know what your wishes are and how you envisage your final farewell going off.

One of the easiest ways to arrange the service you want is by purchasing a funeral plan, which gives you unrivalled peace of mind that your requests will be carried out when the time comes.

Importantly, funeral plans can be tailored depending on your financial circumstances, and it also means you pay for your service at today’s prices as opposed to potentially more expensive future outlays.

With estimates that Brits could be forking out more than £25,000 for a funeral service in 30 years, it’s yet more proof that, when it comes to funerals, a pre-paid plan is often the proverbial ace in the hole ...

The “internet of everything” is undoubtedly here to stay, and as online fraud becomes ever more sophisticated it is vital to keep up to speed with the latest security developments, so that your retirement business will flourish successfully and your data will remain intact and safe. https://multiplicationtablecharts.com/