Best Things to do in Belgrade for Seniors 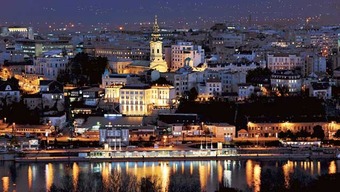 Belgrade’s many entertainment and adventure opportunities are geared to the younger set, but there are equally a number of options for fitness-conscious seniors who are seeking recreational thrill beyond rides and cartoon characters.

You can have fun by getting into some senior-appropriate physical activity- strolling through museums or gardens, shopping at some outlet malls or touring the city.

Below are the recommended things to do in Belgrade city for seniors. 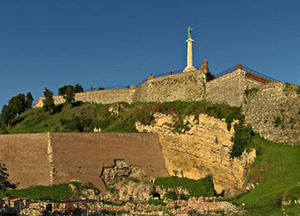 The Belgrade Fortress is dubbed as the place where most stories, myths and tales in and about Belgrade were made. It is one of the largest free attractions in the city of Belgrade and its doors are open round the clock. It is a unique and thrilling experience to visit the Belgrade owing to its repute as one of the world’s oldest strongholds. Here are the remains of former fortresses- some as old as 600 years.

Thanks to its strategic location lying on the ridge that overlooks a confluence of Sava and Danube, two European rivers, the Belgrade Fortress was the subject of dispute for eons of time. Here many lives were lost because there was constant invasion. Sightseeing at the place is ideal for seniors who double up as history buffs.

If you want to party the old-fashion Serbian way with plenteous food, live music performed by string orchestras and a lot of rakija, then Skardaska street should be one of your destinations when you are in Belgrade. You can also pay a visit to the house of a notable Serbian poet, Djura Jaksic. Poetry nights, concerts and exhibitions are regularly held here.

Important decisions were made in the House of National Assembly or the Republic Parliament. This building, erected in 1936, features a neoclassical style. At some time, in the 1990s, the building became an emblem of bad ideology and instability. It stands today not just as a House of Assembly, but also a monument of culture because the best talent in architectural design of the time collaborated in the design of this wonderful edifice. 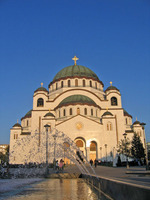 Built in the Serbo-Byzantine style, the temple is the largest Orthodox temple in the Balkans. The construction of this church is not complete partly because of wars and insufficient funds, and partly because of the communist rule.

The St. Sava Temple, which is known for its polyphonic bells, can seat over 10,000 people at the same time. It is built on a place where the remains of Saint Sava were burned by Turks. Saint Sava, a son of Serbian ruler Stefan Nemanja, founded the Serbian Orthodox Church after winning independence from Byzantium. In Serbia, he is considered the saint patron of education establishments.

You can end your day in Belgrade by having dinner in one of the restaurants near St. Sava Temple.

Here are some useful online resources for the tourist planning to visit Belgrade:

- Official site of the National Tourism Organization of Serbia

- Maps of public transport in Belgrade