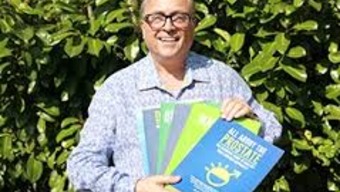 You may wonder why it is that so many doctors prescribe pharmaceutical drugs when there are far more effective alternatives which don't have the side effects those drugs do. In this blog I explain exactly why.

Let me explain why you will NOT reduce the level of your risk by visiting your doctor or taking any of the prescription drugs that he might prescribe for your prostate.

You may wonder why it is that so many doctors prescribe these drugs when there is a far more effective alternative that gives no problems whatsoever. There are several answers to this and the first one is that the American medical system is big business.

Forgive me for being cynical but the pharmaceutical industry has a great racket going. Instead of curing you, they ensure that you stay sick and indeed get sicker. All the while you are paying them to do so and some of that money will flow back into the doctor’s pockets. So if you want to understand, all you need to do is follow the money.

Both doctors and the pharmaceutical industry benefit when your disease gets worse and you then have to spend more money on further drugs and eventually even invasive treatments.

You should also understand that it is the pharmaceutical industry that calls all the shots. It is they who decide what it is that the doctors should study in order to qualify as doctors. And once doctors are qualified, their main source of information on new research comes from….?

You might be wondering why should I believe this guy? Well my friends 16 years ago, I suffered from a prostate disease called “Benign Prostatic Hyperplasia” or BPH. My doctor thought it might be prostate cancer and was urging me to go to a urologist. I didn’t know what it was, but I knew I was not prepared to have a Prostate Biopsy.

When I learned about the kind of treatments that were given for prostate cancer, I thought they were barbaric and I felt I needed to learn more.

As I had recently retired, I had the time and the ability to do my own research and what I learned really surprised me. Very little of what was done to treat the prostate by the medical profession had any real scientific basis. It was based on nothing more than the current consensus

So I dug deeper and found that there were many things that I could do to help myself. These were based on nutritional, natural and holistic methods.

I never did go to the urologist and my prostate is fine now. Once I cured myself, I decided that teaching men how to cure themselves of their prostate disease would be a very worthwhile retirement occupation for me.

It is very easy to pop a pill, in fact, it is virtually effortless. We men like effortless almost as much as they like free but the fact remains that very little in this life that is worthwhile is either effortless or free.

However, if you are genuinely concerned to remain healthy and live longer and especially if you are over 50, and if you are willing to make some effort, then sit up and pay close attention.

You see, doctors are kept in line by the medical establishment because if they don’t sing from the establishment hymn sheet, there are at risk of losing their medical license and their livelihood. So they keep promoting prescription drugs and invasive treatments even if they suspect that there is a better way.

Worse yet, in two major multi-year studies drugs prescribed for prostate issues were found to increase the incidence of “aggressive prostate cancer” – the deadliest kind!

Prostate drugs have unpleasant side effects, too, such as: Headaches, stomach aches, floppy muscles, decreased libido and even erectile dysfunction.

The biggest culprit of this is a drug called “Flomax” which is one of the most widely prescribed drugs for the prostate. So if you really want to better your chances of avoiding prostate cancer and restore your prostate health, you deserve to know about the Side effects of prescribed drugs such as Flomax.

I recommend that you read about cbd oil uk benefits. If you are not familiar with cbd yet, you will find detailed information on how it is made, how and why it is used. The list describes among other things the treatment of cancer and severe mental and physical disorders, including Parkinson's, epilepsy, and altzheimer's.