Common Conditions Mistaken for Alzheimer’s Disease: The Challenge of Misdiagnosis 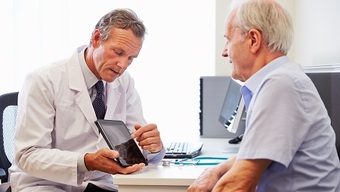 Alzheimer’s disease is a growing concern among the world’s healthcare organisations. As the patient population continues to age rapidly, issues surrounding cognitive functioning are moving to the top of the priority list. There is no current cure for Alzheimer’s which is a driving force behind the increased awareness and education of the disease, but the more pressing problem is the reality that more than 16 million may be diagnosed with the condition in the next 30 years. The unprecedented pressure this has the potential to place on the healthcare system is drastic, both in terms of cost and the erosion of quality of life for millions of older adults.

Alzheimer’s disease can present in many different ways, and when diagnosed early in its onset, it may be possible to manage the condition and preserve the well-being of a patient through a combination of strategies. However, several condition mimic Alzheimer’s disease and dementia which is creating another problem among patients and medical providers alike. According to a group of medical negligence solicitors, an estimated two in ten patients are given the wrong diagnosis when first visiting their doctor with symptoms. When Alzheimer’s is diagnosed when another medical issue is the real culprit, there is no discussion of treatment plans that may lead to a cure. Patients then are left to live with a condition that could be fully treatable, ultimately living a less than ideal life in their later years.

For these reasons, it is necessary to recognise the conditions that could mimic Alzheimer’s disease. Below are several curable health issues that could be and often are misdiagnosed as dementia among older patients.

For some patients experiencing symptoms of Alzheimer's, a reversible dementia is actually the cause. Dementia diagnoses that are curable include delirium, which causes a change in the mental functioning of the brain quickly. Individuals with delirium also experience changes to their level of consciousness, such as cloudiness or drowsiness consistently. Alzheimer’s disease does not have a fast onset, nor does it impact one’s consciousness level. Delirium can be life-threatening, particularly when it takes place because of an abrupt end to a prescription medication. However, with proper, timely medical intervention, delirium can be reversed, unlike Alzheimer’s disease.

In addition to delirium, individuals with depression may experience symptoms that mimic dementia. These warning signs could include disorientation, inattentiveness, or delayed responses. Typically, depression does not cause a rapid mental decline, but instead, an individual may complain about a lack of concentration, have little expression in their voice, or experience memory loss from time to time. Depression is also treatable when the right diagnosis is presented from the start.

Another common condition that presents like Alzheimer’s disease is a vitamin B12 deficiency. In adults with low levels of vitamin B12, red blood cells produced by the bone marrow are larger and less numerous than average. This creates symptoms including fatigue, shortness of breath, trouble keeping balance, and numbness in the extremities. Fortunately, this vitamin deficiency can be cured with either a dietary change or B12 injections.

While there are many conditions that can look like Alzheimer’s that have a cure, there are some health issues that present similarly but do not have a permanent fix. Parkinson’s disease which is categorised as a movement disorder resulting from a dopamine deficiency, impacts an individual’s ability to control and coordinate muscle activity. However, Parkinson’s may also impact memory function in some patients, leading to mild cognitive problems that resemble Alzheimer’s disease.

Distinguishing between Types of Dementia

It is crucial for a patient to get the most accurate diagnosis for his or her condition, whether Alzheimer’s or not. Distinguishing between the various types of health problems that result in dementia or dementia-like symptoms is no easy task, but it can be done with the help of a thorough doctor or specialist and a support system of family and friends that can push for a second opinion. There are more than 50 conditions that mimic Alzheimer’s, and many reversible, so it is essential for individuals suffering from declining cognitive function to seek out medical attention as soon as possible.