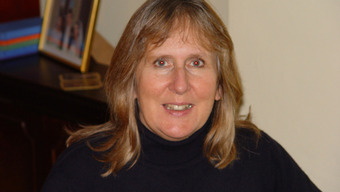 Equality of women definitely changed marriage, and led to more divorces, but is that a bad thing? In my interviews of over 30 women and a few men of 75 years and over I found that even though they thought that marriage was better in their day, all the women believed equality was only right. The book, Give and Take with a Capital G & T is an amazing insight into war time marriages - some of which were happy and some of which were horrendous.

The divorce rate for the over 60’s has gone up in contrast with a drop in the overall total of 11 per cent. There could be several reasons for this, but the over 60’s are the sixties generation and the ones said to have it all.  I interviewed over 30 people who were 75 and over and they thought that they were happier in their day and that people give up on relationships ‘after five minutes these days’.

But are they looking through rose-tinted glasses?  Many of them did have long-lasting relationships but equally as many had terrible times, and when women were treated badly by their husbands they had no financial independence. So I pose the question – would they have divorced more if they had been able to?

Among the horror stories are the woman who stood up in court to say that she’d committed adultery when in fact her husband was the one who had gone off with someone else. She did it to save his career in the army. Then the other woman who married a very cold man and eventually got divorced. She found that the stigma of divorce in the 1950s was terrible and that someone told her “we can’t babysit for you – you’re divorced”.   And there were other women who were beaten black and blue but didn’t dare tell anyone.

So were they happier in their day?  There were many advantages – they didn’t buy on credit and they only bought houses when they really could afford it, so they didn’t get into huge debt. Life was simpler – women knew what their role was and as roles were clearly defined there wasn’t much dispute about housework or who was in charge.

But every woman interviewed believed that equality was a great thing and only right. They wouldn’t have it any other way, but wasn’t it equality that changed everything? If women had remained less independent and unable to leave marriages, perhaps there would have been less divorce for the past 50 years. The problem is that none of us wants to turn back the clock.