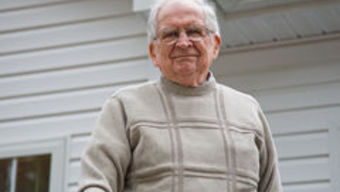 Some terms that described it are reflex sympathetic dystrophy, shoulder-hand syndrome, Sudeck's atrophy, or causalgia.

Complex Regional Pain Syndrome (CRPS) is a complicated condition. It's often characterized by a massive burning pain, long periods of stiffness, discoloration, and swelling. The hands are mostly affected by this condition. However, this does not mean it doesn't affect other parts. At times it may affect legs, arms, and feet.

Though CRPS, could affect various parts of the body, there are two types of this condition:

The first one is, as a result of an indirect impact on a nerve by a previous injury or illness.

The second one is a result of clear-cut nerve damage or injury.

Though the causes are different, both types of CRPS are accompanied by similar symptoms. Again, they occur in the same three stages. Nothing happens differently.

The acute stage may take quite some time. It may last for up to 3 months. The symptoms experienced during the early stages of CRPS include sharp burning pain. Another is high sensitivity to any kind of touch. The pain here hits differently. It's constant and takes a while to disappear. This is uncommon to any form of injury. With time, one starts to swell and experience stiffness. The affected limb feels warmer and begins to redden. Hair and nail growth may happen quite abnormally - fastens. Lots of sweating follows too.

The second stage may last for between 3 to 12 months. The swelling gets severe. It's more constant here and skin wrinkles are no more. The skin tends to be a bit cooler. For the fingernails, they become easily breakable. Pains are felt widely and the stiffness is more. Touching affected areas could be messy. At this point, they get more sensitive to touch.

The third stage sets in after a year. The skin of the affected area changes completely. It turns pale, dry, shiny and gets tightly stretched. The stiffness is usually terrific and motion is almost impossible. The pain may reduce, however it spreads to other body areas.

Though the occurrence of CRPS revolves around injury and illness, the specific cause of CRPS remains a mystery. A major perception is that a "short circuit" within the nervous system is a factor. The "short circuit" causes an instant trigger on the nervous system that touches on the blood flow in the affected part. Similarly, the sweat glands of the affected area are tampered with.

In most cases, the symptoms appear after injury or surgery. Some other though uncommon causes include strain on a nerve, an infection, cancer, issues on the neck, or heart attacks.

Examination by a Physician

First, your doctor will want to get helpful information on your medical history and maybe previous complications. From here, the doctor will examine the affected part. It could be the hand or limb.

Victims of CRPS have high sensitivity to affected limbs. A slight touch may leave them erupting to feeling pain.

What about the tests?

In trying to diagnose for CRPS multiple tests are useless. Diagnosis is impossible through tests. However, some precise imaging, such as x-rays, magnetic resonance imaging (MRI) and bone scan may prove helpful. The doctor could make a diagnosis through them.

To avoid the spread and complication of CRPS, early diagnosis, and treatment matters.

Again the patients require some psychological help. To be precise, CRPS is a physiological condition. Though not much is known about the condition, it's treatable.

Hands appear normal once treatment for CRPS is done

After 6 months of treatment, an improvement in the patient's hands is seen. The swelling disappears and the paleness as well. The normal color gets back.

An injection therapy: Anesthetic may be injected around the affected part to relieve symptoms. For better results, this should be done early. It prevents the worsening of the condition as it could progress to other stages.

Biofeedback - Body awareness plus a few tips on how to relax are also vital in relieving the pain.

Therapy - Some exercise boosts the healing process as well. The patient should try and use the affected limb normally. Physical and occupational therapies boost recovery a great deal. All these are helpful since medications could trigger other pains and cause various effects.

Once the nonsurgical procedures prove futile, surgery may be the solution to kill the symptoms.

Pain pump implantation. This technique involves using a tiny device on the spinal cord. It is placed very close to the abdomen.

In some cases, surgical procedures do not work. A lot of patients suffering from CRPS symptoms mostly thrive through psychological help and counselling.

Few attempts have been made by Tantalum ore manufacturers to gauge its level in soil, telling the range between 0.1 to 3ppm. Plants consume only a little amount of tantalum.

Power BI Training in Australia is a definitive training for learning the details of Power BI architecture and the various components and features of Power BI Desktop, Mobile App, and Service.

These are "treatment" for CRPS: bisphosphonates, such as high dose alendronate or intravenous pamidronate. non-steroidal anti-inflammatory drugs to treat moderate pain, including over-the-counter aspirin, ibuprofen, and naproxen. Note that these must be prescribed by the doctor. URL: https://www.roofingrepairswellington.kiwi/

If you need something for pain, read about hemp gummies for pain. Who knows, maybe they can help to cope with suffering and ease the pain.

CRPS is a multi-side effect condition commonly influencing one, two, or once in a while even every one of the four limits. It can likewise be in the face, shoulders, back, eyes, and different regions of the body too. CRPS is an inclusion of nerves, skin, muscles, veins (causing narrowing, fits, and torment) just as bones. But if you want to play surfer game and get now!

Complex territorial torment disorder (crps) is a ceaseless (enduring more prominent than a half year) torment condition that Do My Homework For Me regularly influences one appendage (arm, leg, hand, or foot) generally after a physical issue.

On the off chance that they are asking what is CRPS torment resembles in contrast with Pay Someone To Write Dissertation different sicknesses you can offer the McGILL Pain Index response; "CRPS torment is positioned as the most agonising type of interminable torment that exists today.

CRPS is a multi-manifestation condition normally influencing one, two, or in some cases even every one of the four furthest Assignment Help Tutors points. It can likewise be in the face, shoulders, back, eyes, and different regions of the body too. CRPS is a contribution of nerves.

On the McGill Pain Index, CRPS positions 42 out of 50, making it one of the most extreme agony states of all, even Animated Video Production evaluated more agonizing than labor, removal and the torment related with disease. care.

I'm a writer at https://essaysworld.net/reviews. It;s my first and lovely job. Most of all I like reading your comments and reviews. They help me to become better.

I am so glad I read this post  it has given me relief I am not crazy. Pressure washing company

However it is needed to see a doctor so that it can be cured.

the pain is unreal at times I have been dealing with this by myself for 3yrs. lakenormanroofingpros.com

whn you're old. knowing this is very importnt! take care everyone!

I wonder if this is a serious ill but if we really take care of ourselves this can never happen in our body.

I have crps, I am committed to helping others living with illness.

When you make up your mind to hire a professional writer for your project, the next problem with which you come across is to find someone who can provide you a write-up that is worth your money.Best Assignment Services

Thank you so much sir for sharing this information about the crps, i can share it with my grandpa now.

May the awesomeness pervade your sympathetic nervous system. corporate events

This information is very helpful for everyone. I hope the people who had this syndrome will be healed. Thank you for sharing. cement contractors

i love it! very helpful! thanks for this! https://bathroomremodelinglaredo.com

Awesome blog by the way and thanks for sharing! Happy Holiday!