Finding your way through a French flea market 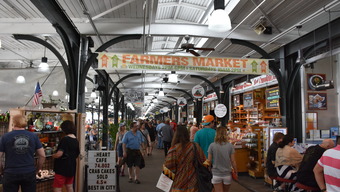 Ever wondered what it is like in a French flea market? In this guide, I run through all you need to know.

When you traditionally think of France you most likely think of its most famous landmarks, the Eiffel Tower, Notre Dame de Paris, Arc De Triomphe, the Champs-Elysées and of course Disney Land Paris. Though one place you may not to expect to find a taste of authentic French is at one of their many flea markets.

Renowned across the world, there are over 15,000 flea markets across France, with a range of rare artefacts, delicate trinkets, unusual French cuisine and perfect souvenirs on sale. In this article inspired by Belle France’s flea market guide I cover all the information you need to know about the individual flea markets in France along with extra information that tourists need to know.

If you’re in the French capital, then there several flea markets around the city of love. The flea markets here sell everything you could imagine, whether its imitation designer goods, authentic antiques, a vintage ottoman or the newest trainers on the market, you can count on being able to pick it up here.

The largest markets will require a large chunk of your day to explore, many in Paris host several thousand stalls and attract between 120,000-180,000 visitors on weekends, with Braderie de Lille boasting over 10,000 stalls.

If you’re heading to the flea market in Lille, be sure to get there on the day of the opening as this will be the the time with the best selections. Window shopping is allowed on Saturday morning, but does not actually open until 2:00pm so arrive early to beat the queues. The Braderie de Lille is home to 62 miles of street vendors so it’s natural to feel overwhelmed, however, for your convenience it is divided up into sections so if you’re after something specific, you won’t have to scour the ends of the earth.

Located in Nice is the Cours Saleya. The seafront swap meet is a stone’s throw from the glistening Mediterranean Sea and boasts some history as it is the flea market which became the first wholesale cut flower market in the world. The market is the perfect place to pick some delicious snacks and summer essentials as you head for a day at the beach.

It’s surprising just how popular flea markets are in France. The Dordogne region of South-Western France is known for its beauty and can be very popular with tourists, in the heart of the Dordogne is Les Eyzies-de-Tayac-Sireuil, a small commune with a population of no more than 900 people. The commune and its market, which specializes in fresh produce, welcomes over a million visitors everywhere. Over a thousand times its population!

French flea markets are certainly something a tourist must experience, and whilst they are perfect place to discover some treasures you never knew you wanted, you must follow the market’s rules and etiquette.

As mentioned, be sure to arrive early as this gives you a better chance of grabbing a market and will minimize your chances of missing out on anything you want. Arriving around an hour after the market opens is the perfect time as the vendors will have had time to set up yet it won’t be so busy that you don’t have time to stop and browse.

When browsing, don’t be afraid to really browse, it’s okay to sift through a stall’s items, though of course don’t mess up things up too much. The traders also expect to be bartered with so don’t feel you’re being rude for haggling. This is often much easier to do if you don’t appear to be a tourist - you should usually offer under around 10-20% of the asking price.

And finally, bring cash! The vendors are flea markets don’t accept card and it can be a nightmare weaving through the markets to find an ATM, so brining a sensible amount of money will make life easier for you and the traders.