Generosity likely to increase when on holiday abroad 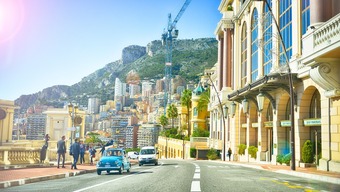 The study highlights how people would be more likely to leave a tip for various services when on holiday, as well as detailed information on the rate they would tip when in various countries in countries in comparison to the expected tipping rate there.

REVEALED: Generosity likely to increase when on holiday abroad

New research has revealed that the average UK adult is much more likely to leave a tip when on holiday abroad than they would when in the UK.

The survey, of over 2,000 British adults, shows how 63% would leave a tip for waitresses and waiters on holiday, compared to just 55% that would when dining out in the UK.
The research, conducted by travel experts Big Domain, also shows how men and women become more generous towards other services when abroad and tend to tip hotel staff 50% more when on holiday than they would to hotel staff in the UK. (34% VS 15%.) This is also the case for bar staff, with just 12% of people tipping them in the UK and 20% that would when overseas.

The main reasons people would not leave a tip for various different services or products both in the UK and abroad is if they received poor quality of service (57%), because of poor manners/ rudeness (55%), bad hygiene (40%) or because they felt the service or product was already overpriced (32%).

The information, which explores attitudes and etiquette around tipping rates across a number of popular holiday destinations, also shows the average/recommended service charge for each country and compares it with the amount that people would tip when holidaying there.

The average tipping rate that should be left in these popular holiday destinations is:

41.3% of Brits said they think that tipping in the US is compulsory, and although it isn’t, you are encouraged to do so as many servers rely on tips for income.

The study also names Brighton as the most generous region, with over half (52%) of its residents always leaving a tip up to 10%, followed by Liverpool and Bristol.

Almost a quarter of Brits (24%) admit to never leaving a tip for any kind of service at all, and for those that do, the average tipping rate is between 6-10%. Younger people appear to be the most generous, with those aged between 16-24 tipping between 16-20% on average in a restaurant. The most ‘tight-fisted’ age group is 55 years and over, with 16% leaving no tip at all.

43% of people said they feel uncomfortable when a service charge is automatically added to their bill, and over a quarter (26%) will not leave a tip if they don’t believe it will go to the individual that served them. 1 in 10 people admit they would ‘rather keep the money for themselves’ than add it to the bill, and a further 10% said they always leave a tip because they think it’s ‘polite’ and the ‘right thing to do’.

Top reasons people would demand money is taken off the bill in a restaurant:


To see what percentage holidaymakers do tip in comparison to the country’s average service rate, visit the Tipping Points Guide

You said everything right. Do you know how I noticed this myself? The fact is that I sometimes like to go to the casino. I noticed that during the trip it’s more difficult for me to stop. Do you know what I did after that? I only started visiting the best online casino canada. Online casino gives a more comfortable home atmosphere and I play exactly as much as I decided in advance. In poker it is very important to know the moment when you have to get up from the table.

Hello. Here are some of the best casino gambling tips for beginners. Some players will win the jackpot. There are different strategic tricks in any game. You can use different strategies to increase your chances of winning. But the vast majority of players do not have such a prospect. Ultimately, the casino will win, because these games are so arranged. But the law requires licensed casinos to pay winnings, here is a list of online casinos  which obey the law of the country in which they are registered and pay winnings so play casino online uk

All of the contents that are mainly talking about the Casinor are literally a waste of time. I would never recommend anyone to read their contents ever again. Because if you did, you will be very disappointed at the same time.

Previously, I was not willing to tip, because he himself did not have money. and saved every penny. but not so long ago I was able to afford to leave tea leaves, and all thanks to rouleta online. maybe you think that this is not true but try to see for yourself

Hello. I played poker for a long time on the same site, but unsuccessfully. It is not always possible to earn stable income. You know how https://krcasinomaxi.com/%ec%b9%b4%ec%a7%80%eb%85%b8%ea%b2%8c%ec%9e%84/ go. Generally speaking, you have to invest. The key is to be careful and not to worry too much. But do not be afraid to take risks, it will benefit you.

Why do you play games? I think it's interesting. I usually answer this question this way. Now I've changed my mind. It is also very profitable! I found a very interesting blog https://onlinecasinomaxi.de/blackjack/live/ on this topic. I realized that my hobby could become my job. That 's cool!

I see ppl talk about games, but the ne wave is mobile, that time spend waiting in the buss and bank can now profit some cash. My favourite all slots mobile palace! Visit and have fun!

Each person’s most important resource is time. So that gambling lovers do not spend several hours searching for a reliable and interesting online casino, a team of professionals has created a unique resource. SlotsSpot offers a whole library of online slots uk and secure casinos for players from the UK.

Do you know why your wifi is slow? It is possible to set up to 300 megabytes of Internet for free with just a simple setting.
메이저놀이터

huhu u but today.. i dont think this wont be happening soon. :( www.moldremediationtallahassee.com

I agree that Generosity is likely to increase when we are on holiday abroad and there are many psychological factors involved in this. You can get all the information about this on bandar judi online. I hope it helps.

thanks for this! article

Thanks for this! its very cool and nice i love it! please visit this page! cedar rapids wedding photographers

Great! didnt know about this before, I had doubts but thanks for clarifying. Happy New Year!

gosh! what a great site! ive been having difficulties understanding this before.. thanks for sharing this! Make 2021 great!

thanks for the heads up! will surely take note of this https://newbornphotographydenver.com

Woah its nice to have a vacation here closets boise