How living in retirement community can help to combat loneliness crisis 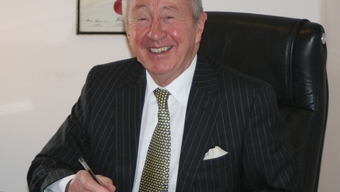 Loneliness in later life is on the rise according to new analysis from Age UK, however moving to a retirement community can prevent social isolation.

New analysis from Age UK[i] has revealed that increasing numbers of over-50s in England will suffer from loneliness in the coming years as a result of widowhood, ill-health and money problems.

The charity predicts that over two million people in that age group will be lonely by 2025, a rise of 49% from the 1.36m who felt socially isolated in 2015 -16. Those aged over 50 were identified as particularly at risk of loneliness and the likely triggers. For example, widowers are more than five times as likely to report feeling ‘often lonely’ as their peers in a relationship.

Loneliness in later life is clearly on the rise with triggers such as the loss of a long-term partner or restriction of mobility leading to more people becoming socially isolated.

Many of our residents live on their own, some have been widowed or divorced and they find comfort and friendships living in a retirement community where they can socialise and spend time with others of a similar age whilst still retaining their independence.

Most developments have communal lounges and gardens where people meet and can enjoy cups of coffee together, plus many organise regular social events and outings. These can be a real lifeline, particularly for single people.

One widower who has relished the social side of retirement living is 76 year old, Alan Guinn who lives in a Girlings apartment in Brunel Court in Portishead, Somerset.

Alan previously lived in Spain, but when he lost his wife and then became seriously ill himself he returned to the UK. He was diagnosed with a serious cardiovascular problem and underwent surgery.

He sold his flat in Spain but the proceeds were not large enough to purchase a property in the UK, so he decided to rent a retirement property instead and found an apartment at Brunel Court.

When choosing his new home, the community at the development was really important to Alan, as well as having access to a 24-hour care line in case of emergency and a house manager on site too. He could also take his two pet dogs with him, which clinched the deal.

Alan says, “Following my surgery I am now as fit as a fiddle and I put my recovery down to the fact that I am so relaxed living here. Being here has really brought me back to life, I’m not the type of person who can sit back and do nothing, I want to get involved in things so have been very active within the residential community which has made me feel worthwhile again.”

Alan says the development is full of people keen to socialise and they all get on very well. There are often events in the residents’ lounge including the monthly wine tasting sessions that Alan runs for the other residents.

Alan adds, “I am very proud of where I live, the location is perfect with everything I need within reach, there’s a Waitrose and a well-stocked library nearby. It’s a beautiful area and I thoroughly enjoy taking my dogs for a walk along the harbour every morning – I wouldn’t want to live anywhere else.”

Girlings has over 2500 retirement apartments across the UK to suit all budgets, locations and aspirations. Most properties are located in purpose-built developments, designed for ease of living. Facilities include a residents’ lounge, maintained gardens, a development manager on site to support residents alongside a 24 hour emergency call centre.