How Obesity Affects Your Sleep 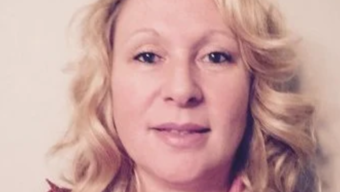 Obesity is a serious problem nowadays. Know, how this can affects your sleep

Sleep is one of the most important parts of living. A normal person spends half of his life in bed to energize and get his or her body moving for everyday activities. Getting enough sleep is a very crucial component of physical health. It even affects a person’s tendency to become obese.

You become obese when your weight is 30% past your recommended weight, based on your BMI or Body Mass Index. Many people think that obesity just occurs because of too much food and not enough exercise, but they don’t know that not getting enough sleep also affects this condition.

According to various research studies, there is a very strong link between the expanding waistlines of people and their inadequate sleeping habits. Sleep is the time when the body rests and when it burns up fat. People who don’t get the recommended number of hours of sleep have a two-fold increase in being obese compared to those who get the right amount of sleep at night. This applies to adults and children, male or female.

According to Professor Francesco Cappucio from the University of Warwick, the contributing factors may also be the hormonal changes and metabolic processes caused by sleep deprivation. When a person lacks sleep, his or her body produces ghrelin, which stimulates appetite and cravings. At the same time, leptin, which suppresses appetite, is produced less. This then leads to a greater urge to eat, which in turn, leads to weight gain. When combined, obesity and sleep deprivation can lead to worse conditions, like diabetes, cardiovascular diseases and high blood pressure.

A common risk brought by obesity is sleep apnea. This is a disorder characterized by breathing pauses when a person is sleeping. Every episode is called an apnea, and they last long enough for a person to miss one or more breaths. Sleep apnea occurs repeatedly throughout sleep, and although the person is rarely aware that he or she is having trouble breathing, this condition can become dangerous over time.

People who are obese are more at risk of getting sleep apnea. Upper body and abdominal obesity are risk factors of this sleeping disorder. Too much body fat on the chest and neck constricts a person’s air-passageways and sometimes even the lungs. Oxygen intake is obstructed, causing the apnea episodes. The more obese a person is, the greater the risk of developing sleep apnea.

Sleep Disorders in Children And Obesity

Childhood obesity is just as prevalent as that in adults, and is in fact, a more serious dilemma. According to studies, obese kids ages 4 to 11 are likely to carry the condition until their adult years (Gonzales, 2007). This can be blamed on various factors, like improper diet, too much snacking and not enough exercise, but it can also be credited to poor sleeping habits.

According to research, children who don’t get enough sleep have a 92% higher rate of being obese (Richards, 2008), compared to those who sleep enough. Depriving them of sleep also results in sleeping disorders later on. These include irritability, tantrums and disturbed sleep.

According to experts, every hour of sleep lost in a child equals a 9% increase in the possibility that he or she will become obese (Richards, 2008). They recommend a set of sleep guidelines for kids:

Whether in children or adults, fighting obesity is a must, and it starts with good sleeping habits. Here are several helpful tips you should remember.

People think it’s all about exercising and eating healthy, but sleeping adequately also contributes a lot to preventing obesity in people, both kids and adults. Be sure to get a good night’s sleep every night. It’s a great way to preserve your physical and mental well-being.

Obesity is not good for your sleep, and this article has verified that. I hope that someone here will tell me about CBD oil near me, because I've heard this product helps deal with obesity. I don't know if there's any truth to this.