How Plastic Surgery Has Changed Over the Years 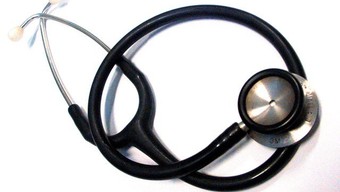 We bring you the most important facts about its history.

The first surgeries for correcting facial injuries date back from 4000 years ago. When it comes to India, doctors used skin grafts during reconstructive surgeries in 800 BC. The major innovations were made during the Roman period when first surgical methods for the reconstruction of ear, lips and nose were adopted. The foundations for the modern breast reductions were established during Renaissance. The First World War saw the innovations of anesthesia and infection prevention.

The one of the major differences between now and then when it comes to plastic surgery is the change in the size of incision. The small size of an incision means that a patient is in less pain and that he/she can recover more quickly. In cosmetic surgery, when we talk about minimally invasive surgery, we talk about laser surgeries. The new technology of laser surgery can remove wrinkles, crow’s feet, forehead creasing as well as lift lower and upper eyelid.

Lunchtime procedures are nonsurgical procedures for correcting signs of aging which were done only during a surgical procedure back in the days. These treatments include botox, filling creases with fat and collagen, laser hair removal and laser vein removal.

The history of fat grafting dates back from 1893 when fat was used to fill a depression on the human face. The first use of fat for breast reconstruction was in 1895. The liposuction technique was invented by a gynecologist Dr. Fischer in 1974. From 1985, liposuction is performed by local anesthesia. From the mid 80’s, plastic surgery is enriched by one more technique: transplantation or injection of fat obtained by liposuction. At this point, we need to stress that fat transfer is now much safer with the advent of a host of modern techniques and methods.

The development of the modern techniques

Sir Harold Gillies is an important name in facial surgery because he developed many techniques for treating soldiers during World War I. Archibald McIndoe is another name when it comes to modern techniques. He is known for treating very deep burns for the first time in history. McIndoe is a celebrated for he recognized the importance of rehabilitation of patients. He is also known for inventing a walking-stalk skin flap with which the infections were considerably reduced.

With the arrival of anesthesia, everything was much easier. The advent of laser and its use in cosmetic procedures made plastic surgery turn towards the individuals since different laser intensities can be achieved depending on the patient’s needs. Radiofrequency made facial rejuvenation much easier since this technique can remove damaged layers of skin.

Knowing the history of plastic surgery, we eagerly await the new innovations in this field.

I admired the lunch time procedures which has brought a revolution in plastic surgery. Most of them attend these procedures and correct their nose, lips and many features in minimal time with no surgery. I have come across several articles on superiorpapers com review on this. And also people has given their testimonies.