How to Improve Our Health As We Age 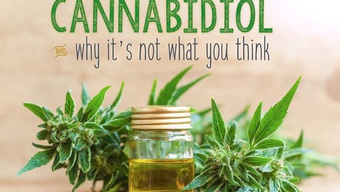 CBD Oil has been touted as a treatment solution for many common ailments. How can it help you?

The Cannabis Sativa family of plants (Hemp and Marijuana) contain compounds known as cannabinoids. These 100-plus cannabinoids have some excellent effects on the human body that are only now just being discovered and fully understood. While they have been used for centuries by numerous cultures all around the world, in the US, much is still be uncovered.

Any oils and products made with Hemp derived CBD Oils are completely legal in all 50 states in the USA.  As a lot of research and anecdotal evidence continues to pour in that supports the idea that there are numerous health benefits that come directly from the use of CBD Oil, we thought we would examine the benefits of CBD oil in greater detail. Below are some of the many benefits that are believed to come from consuming CBD Oil.

#1 Pain Relieving properties - According to the results of several studies, certain components of CBD Oil affect the operation of the neurotransmitters in the central nervous system, which helps to block the pain sensation in the brain.

#2 Helps with depression and anxiety symptoms - It believed that CBD Oil effects the receptors in brain for serotonin. This is a neurotransmitter that affects behavior and mood. This conclusion has come about from the analysis of results from several different independent studies.

#3 Helps with cancer-related symptoms - For people taking chemotherapy drugs for cancer treatment, they have long had to deal with the side effects associated with chemotherapy such as nausea. According to several promising studies, CBD Oil has shown to have a positive effect on cancer symptoms.

#4 Thought to work on relief of acne - Acne, which is a skin condition that is said to affect nearly 10% of the population, is thought to be caused in part by the oversecretion of sebum. According to research, it is thought that the anti-inflammatory properties of the CBD Oil interacts with the gland in the skin that responsible for secretion of sebum to prevent acne from occurring.

#6 Helps with heart-related conditions - It is believed that the anti-stress and anti-anxiety properties of CBD Oil is believed to be the reason why it has shown to have positive effect on lowering blood pressure.

#7 Additional benefits - There are a number of other benefits that have shown a great amount of promise including; anti-tumor treatments, anti-psychotic disorders - just to name a few.

For more information, check out this guide about CBD oil - https://www.fortheageless.com/pages/cbd-oil-uk-guide.

No matter where you are, we do our best to provide you with high demand high quality marijuana products in the most convenient form from our stock of more than 20 brands and 300 different flavors. Medical Marijuana

Thank you guys allot my package was successful deliver. Great strain and quality I promise to come for more. Kingpen

We decided it was time to build a website to share how easy it is for anyone on almost any budget to grow their own cannabis indoors. We wanted to provide a resource with no login or account required, and instead just provide easy-to-access growing information for the world. That’s how SUPER MARIJUANA STRAINS was born! Medical Marijuana

Blueberry Kush is a strong indica strain that slowly brings on a heavy body sensation, helping patients forget their pain and relax. Originally from Oregon, this strain is a hybrid of Blueberry and OG Kush, which is evident in its fresh berry aroma with notes of earthy herbalness. This indica is best for evenings or before bed. Medical Marijuana

If you are really concerned about your health then read this guide to CBD gummies. The main aim is to eliminate stress and anxiety from your life so that you are healthy.

This thing is well-suited to heal its nerves and generally to spend one evening in peace and comfort. This is often sorely lacking in our turbulent times, but it’s good that there are ways to keep afloat.

Yeah, I like to be calm and balanced, too, and that’s why I always try to find a time and a place to smoke a little weed. It really helps with everything that’s accumulated, and also I use and this is the best CBD oil It’s also a good thing, and it’s very gentle and pleasant for your body and your health. So I’m happy that I can spend time like this and I kind of like it. It’s a good thing and I suggest you try it