Ideas for Staying Active with Your Newfound Leisure Time 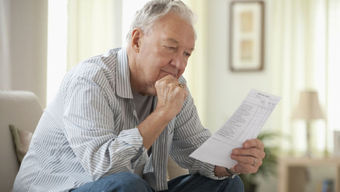 No matter the reason for it, the bottom line is that people over the age of 50 can sometimes have an excess of free time on their hands that they were never able to previously enjoy.

Many people are scaling back their work requirements at a much younger age than was previously the norm. Some people work extremely hard in the earlier part of their working life for the sole purpose of stepping out of the rat race and retiring.

Other people switch gradually to a part-time situation as they step out of their forties with the idea that they can eventually stop working completely. No matter the reason for it, the bottom line is that people over the age of 50 can sometimes have an excess of free time on their hands that they were never able to previously enjoy. That can be what’s known as an uptown problem, but it’s a problem nonetheless if you have that time and don’t know how to spend it.

Many people have already settled into some sort of recreational routine by the time they reach the point where they are able to stop working altogether. But others are so used to the grind of nine-to-five that they can become disoriented when all of that time suddenly opens up.

Again, this might seem to be a trivial issue to those looking at it from the outside, but having a lot of time in your hands with no idea about what to do with it all can quickly turn into a depressing situation. Luckily, there are no shortage of options you might consider, including some that are off the beaten path from the typical ideas of travel and relaxation.

If your idea of leisure time includes some hair-raising thrills, check out the SlotsMillion promotion code to get started on some exciting online casino action. Staying active after 50 can really make the difference between happy golden years and being stuck in the doldrums, so here are some ideas for it.

If you’ve lived much of your life in a certain area, your affinity for it will likely be strong. What better way to show that affection than by giving something back, perhaps by charity work or just helping out at local events. It can also be a great way to build new social connections.

Many people don’t have the time to actively take up a new sport while they have a daily work schedule with which to contend. Those time constraints are often removed when you’re over 50, which could mean revisiting a sport you played in the old days or taking on a completely new one.

Traveling for leisure is fine, but many people want to spend as much time with kids, grandkids and other relatives now that there is time to spare. This can be much more rewarding than just visiting some tourist location. Use the time wisely to reconnect and bring those people that much closer to you.

There is no right or wrong way to spend the time afforded to you by retirement or another lessening of work requirements. Do what feels right to you, don’t be afraid to try something new, and make the most of all the time you have in front of you.

I don’t even know what I would do in old age. Likely to spend days watching TV and gambling like on a site https://www.wildtornado.casino/en-ZA/games. Although everyone loves different things and may be passionate about other hobbies. But I personally would spend my free time like that