Inactivity is the Bigger Killer, Not Obesity 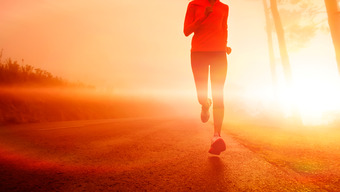 A recent study made by the American Journal of Clinical Nutrition that discovered a higher early-death risk from being sedentary than from being obese.

When it comes to health and longevity, it isn't necessarily your weight that's the problem, it's your level of physical activity, at least according to a new study published in the American Journal of Clinical Nutrition.
Being obese can, of course, prevent people from exercising and even present a barrier to accessing healthcare, but this new research suggests that the higher risk of early death associated with excess fat can be reduced by staying active.
An EPIC Finding
This research was part of the European Prospective Investigation into Cancer and Nutrition Study, known as the EPIC study because of the incredible amount of data emerging from the project.
The researchers behind this latest study looked at the records of 334,161 European men and women over an average of around 12 years, including taking measurements of height, weight, and waist circumference. They also looked at the participants' levels of physical activity, and made adjustments for age, sex, education, smoking and alcohol consumption.
A Little Physical Activity Goes a Long Way
What these scientists found when going through the data was that inactive people who increased their physical activity even slightly, regardless of whether they were obese, had a greatly reduced risk of early death. In fact, those who avoided being sedentary had a 7.35% reduction in mortality, in contrast to just a 3.66% reduction associated with avoiding obesity.
In moderately inactive individuals, the risk of death was reduced by 16-30% compared to those who were classified as sedentary or inactive, meaning that finding ways to incorporate even a little activity into daily routines could have huge benefits for health and longevity.
No Simple Shortcuts to Health and Happiness
Staying active needn't mean becoming a gym fanatic, ultramarathon runner, or mountaineer. In fact, these extreme levels of activity can be damaging to the body, as can other drastic measures designed to help reduce weight, such as gastric bypass surgery, liposuction, and weight loss supplements.
Clinicians who push for these dramatic interventions run the risk of being sued for medical malpractice as unnecessary surgery exposes a patient to risk of infection, an undesirable reaction to anaesthesia and other medications, and psychological trauma from rapid changes in appearance. Instead, the results of this latest research suggest that physicians caring for those who are obese and/or physically inactive should find ways to encourage even a minor increase in activity, rather than focusing on weight loss as a route to health.
Some great ways to get moving and improve overall health and wellbeing include:
● Taking a walk with a friend instead of going for drinks
● Getting off the bus a stop earlier than usual
● Cycling to work
● Using the stairs at work instead of the elevator
● Going dancing rather than having a movie night at the weekend
Moving towards healthy habits can not only improve energy levels, immunity, and longevity, it can also enhance satisfaction with physical appearance. This is because active people who are overweight or obese are often more focused on the incredible capacity for enjoyment of their body than any of society's aesthetic expectations. And, by increasing health and happiness this way, people are less likely to be vulnerable to those promoting risky medical interventions.
Reference
Ekelund U, Ward HA, Norat T., et al. (2015). Physical activity and all-cause mortality across levels of overall and abdominal adiposity in European men and women: the European Prospective Investigation into Cancer and Nutrition Study (EPIC). Am J Clin Nutr, Mar;101(3):613-21.

50 connect is a living life in faith website that has a blog related to nutrition. It is about the inactive situation that is the Bigger Killer not Obesity.  You can get essay writer help to write your educational task easily.Your sedentary lifestyle will lead you to the obesity. Join their website for more information.

Interesting research that makes you think about our lifestyle! I condemned this study with my tutor from DoMyEssay . I am going to write an essay on this topic on this topic now collecting materials for study. The discussion on this article was in EssayService Blog . An interesting and informative blog about essay writing. A lot of useful things for those who write essays on their own.

College exams and homework are often rated as the hardest part of any student's life. If you are facing the same right now, <a href="https://testbankgrade.com/">online test banks and solution manuals</a> can be your best buddies in making your college life easy. Find the most popular <a href="https://testbankgrade.com/management-infromation-systems/">Management Infromation Systems testbanks and solution manuals</a> at the lowest prices online with TestBankGrade.