Investment options for your retirement 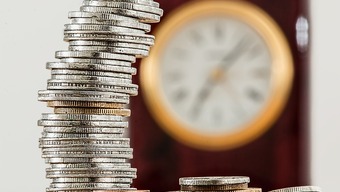 At the current time, you would need significant cash deposits to be able to rely on the interest income as a means of funding retirement and that’s even before factoring in the long-term impact of inflation. This means that retirement income will typically come from property or from the stock market via an investment-funded pension pot. The key question, therefore, is whether property or a pension is the better source of retirement funds.

The argument for property

There’s a reason for the old saying “safe as houses”. Although the housing market may go through occasional freezes and dips, it very rarely crashes and even when it does, it usually picks itself up again very quickly. In fact, experienced property investors often see market contractions as great buying opportunities. At the end of the day, it doesn’t really matter if the economy is forging ahead or languishing in the doldrums, people need somewhere to live.

The argument against property

Residential buy-to-let property investment has been a politically hot topic for several years and buy-to-let landlords have had to absorb a number of unwelcome regulatory and fiscal changes. While these have not undermined the fundamental strength of the sector, they have created more work for landlords, which may make property less attractive as an investment for retirees.

The argument for pensions

The single, biggest argument for pension saving is that it is typically very tax efficient. Pension contributions are made before income is subject to tax (with limits), hence they reduce the amount of income tax payable. Pension income itself is subject to taxation, but since pensioners typically have lower incomes than working adults, this generally means that a person’s overall tax burden is lower than it would have been if making savings through other means. It also has to be noted that the auto-enrolment scheme has stacked the odds very much in favour of pension saving since employers need to set salary levels on the assumption that they will have to make pension contributions on the grounds that a qualifying employee can opt into the scheme at any time.

The argument against pensions

Ironically, possibly the single, biggest argument against pensions is that they too are subject to political interference. The “pensions freedoms” introduced in 2015 are not looked upon with universal favour and while it might be a step too far to revert back to the days of forcing people to buy annuities whether they want to or not, it’s not at all out of the question that at least some of these freedoms will be curtailed. Pensioners may also find themselves targeted for higher taxation.

Diversification is usually a good investment strategy at any stage of life and it holds good in retirement. Having income from different sources can be very reassuring, especially in times of economic turbulence. It’s also worth noting that the recent changes to the residential buy-to-let market may actually be beneficial to smaller investors since they may create opportunities to invest in buy-to-let management companies instead of buying investment properties directly.

I was thinking about it lately that where should I invest my retirement money. I was thinking about certain options but then I rejected them after that I have a peek here to spend my money in my child's assignment help.. However,  some of your suggested ideas seem too good.

It is an article about how much money you need to retire in greece. All the guidelines regarding the topic are well arranged and decorated with useful steps which students can meet with cheap assignment writers to manage their task.  Thanks to the website for making things clear and easy for us. Keep it up.

i needed this! thank you so much www.newbornphotographysandiego.com

Great post thanks for sharing. When I'm out laying brick I'm usually thinking of my future and where I can take my foundation repair company to help me retire the way I want. www.dahfoundationrepair.com

thanks for this deck builders

Thanks for this! i love it very nice! portland boudoir photography

thanks for the heads up! will surely take note of this https://bestmoldremovalseattle.com

Hi, there are a lot of countries which give people pension after their retirement. If you would like to get some Citizenship by investment in other countries check out the Residency & Citizenship - deVere Insights by deVere Group page on our website. This will help you understand how you will benefit from this.td {border: 1px solid #ccc;}br {mso-data-placement:same-cell;}

This is good for retirement