Invisible signs of elder abuse and how you can help 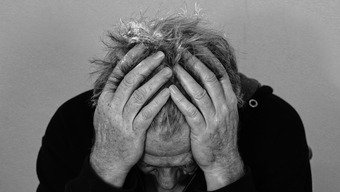 We never like to imagine that our older relatives might be abused when putting them into a care facility. In fact, we do this for their own safety – so that they can get the care and help they need around the clock. That’s why it’s very disturbing to find out that abuse has happened in a facility, in hospital, or from a carer in the home. If you witness any of these signs, here’s what you can do to act – and make sure it never happens again.

Tension or arguments with the caregiver

If your elderly relative is frequently arguing with the caregiver or you perceive tension between them, it’s important to investigate fully what might be going on. It could be that the caregiver is being abusive, but it may also be that your relative is simply finding it hard to deal with needing a carer. If you feel something is wrong, suggest a change – hire a different caregiver or move the relative to a new facility. If things don’t improve and they won’t tell you about any abuse, the problem may lie within themselves instead.

Change in personality or behaviour

When someone suddenly changes their demeanour or actions, it can often be a sign of abuse. An outspoken person suddenly becoming shy, an active person suddenly wanting to stay inside – these are examples of what to look for. Try to talk with them and get to the bottom of what is wrong. If they avoid tell you what is going on, escalate it immediately to the supervisor of the caregiver to see if anything untoward is happening.

This is a big issue, a red flag that you should never ignore. If the elderly person has bruises, welts, scars, or sores appearing on their body, or more serious injuries such as broken bones, something may definitely be amiss. This should be reported immediately, and it’s important that you take photographic evidence of the injuries as well. Watch out for excuses which seem obvious – a caregiver suggesting that they fell down, when they normally have no mobility issues, for example. You can also look out for signs such as broken property including glasses or canes, an overdose on medication or a refusal to take medication, and signs that the person has been restrained, such as marks on their wrists or ankles. If you believe abuse is happening on a physical level, you should immediately take your findings both to the manager of the facility and to the police. Finally, be sure to ask for consultations and help from professional lawyers such as LY Lawyers, who will be able to prepare you for a court case, if necessary.

Is the caregiver talking in a way that belittles or controls the elderly person? Have they taken up new behaviours, such as rocking in place, mumbling to themselves, or sucking their thumb? You could be witnessing emotional abuse. In these cases, it is again important that you report your concerns as soon as possible. This should open an investigation which will uncover what, if anything, has been going on.

Loss of weight or dirt

If your older relative seems to lose weight suddenly, or is dirty when you visit them, then abuse is almost certainly going on. Document the situation as best as you can with photographic evidence, and report your concerns to the police as well as the facility. These are clear signs of neglect, meaning that your relative is being left to their own devices and not fed or cleaned properly.

It’s tough to believe that you could have put your relative in a place where they are subject to abuse, but the sooner you act, the better. There’s no such thing as being too paranoid in this situation.