Is Tuna Safe To Eat During Pregnancy? 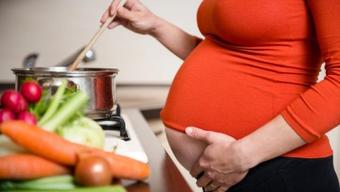 Tuna is often labeled as taboo to an expectant mother, but tuna lovers know all the health benefits. They have a hard time believing that something so healthy could be bad for a fetus.

Can pregnant women buy seafood and tuna during pregnancy without issue? Tuna is often labeled as taboo to an expectant mother, but tuna lovers know all the health benefits. They have a hard time believing that something so healthy could be bad for a fetus. Can you eat tuna while pregnant? Yes, in moderation, tuna is perfectly fine for you and the child. However, not all types of tuna are safe.

Picking The Best Tuna When Expecting

Here are the types that can be consumed without issue:

Commonly known as white or pure tuna, it can be purchased in cans and pouches. An expectant mother should have no more than two medium-sized cans per week. That would be around 300 milligrams or 6 ounces. Anything above this limit would be deemed unsafe for the fetus.

Yellowfin is also available in cans and pouches, this tuna is referred to as light. The flavor is a bit more pronounced that albacore. You should eat no more than two to three servings in a week’s time.

Ahi tuna has higher levels of mercury. It is only available fresh as in a steak or sashimi. In some areas, it is called Bigeye. Eating up to 6 ounces per week is acceptable.

Just like ahi, Bluefin tuna has high levels of toxins too. It’s available as sashimi. Never eat more than 6 ounces per week.

What Are The Benefits/Concerns Of Tuna During Pregnancy?

During pregnancy, the environmental pollutants that are in tuna can interfere with the baby’s development. The adult body can overcome any dioxins or polychlorinated biphenyls found in tuna, but the young fetus is powerless against these pollutants in high doses.

The dangers to the nervous system increase with larger consumptions of fish during pregnancy. However, canned or cooked doesn't matter, you can read all the cooking tips you want, and it won't change the toxins in this fish. The brain and other organs of a fetus cannot handle large amounts of pollutants, which makes large consumptions dangerous.

Sushi is another concern to a pregnant woman. A small amount should not cause any side effects to be concerned with, but it should not be consumed more than two times per month. Regulation is the key to consuming tuna safely. Your baby’ s development depends on it.

What To Eat During Pregnancy?

Not all fish are safe during pregnancy. Avoid the following:

These fish should be avoided due to their higher than average levels of toxins. Since tuna has lower mercury levels, it can be enjoyed in moderate amounts. Scientific evidence is lacking in proving that eating tuna while pregnant is harmful. Fresh tuna is always better than canned, no matter how much more the other variety serves. Fresh tuna doesn’t go through processing and is considered safer. If there are any doubts, it is best to talk to your doctor. How much you eat is the key, but as long as you don't eat it every day, you should be fine.

The adult body can overcome any dioxins or polychlorinated biphenyls found in tuna, but the young fetus is powerless against these pollutants in high doses.