Jaipur, not just a heritage city 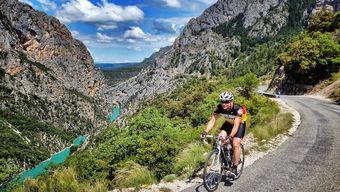 Jaipur, not just a heritage city

Jaipur is the capital of Rajasthan and a world renowned tourist destination. It is known for its rich culture, heritage and majestic forts and palaces. Known as the ‘Pink City’, it has also developed into a major business city.

Jaipur is well connected to most major cities through air, rail and road infrastructure. Its location is close to Delhi, the capital of India, which gives it a clear advantage in economic activities. You can easily reach Jaipur from Delhi within 5 hours by hiring a reliable Delhi to Jaipur taxi service. Jaipur has an international airport, which is the only one in Rajasthan.

Since last few years Jaipur is not only attracting people for its cultural heritage, monuments and ethnicity but also for the immense business opportunities it offers.

It is not only the infrastructure but many other factors like government policies, resources, logistics and education that have helped Jaipur to be developed into a major business hub.

The software and IT industry is booming in Jaipur and many reputed BPO companies have already set up their operations in the city. The major facilitators for making Jaipur a preferred destination for software industries are improved infrastructure, favourable policies and availability of trained manpower. With the initiatives of govt., IT parks have also come up in Jaipur.

Many international players are considering Jaipur as a promising destination for software development and outsourcing.  Jaipur was listed among ‘Top 50 Emerging Destinations for Global Outsourcing ‘as per the Cyber Media Global Services Study. The city also houses the data centres of major banks like State Bank of India and Deutsche Bank.

Traditionally, Jaipur is known for its gem and jewellery industry and it continues to shine in this sector. It produces world-renowned semi-precious and precious stones and gems which are in great demand in India and across the world. It also exports a diverse collection of gold and platinum jewellery. To further fuel the growth of jewellery exports, Export Promotion Industrial Park (EPIP) at Sitapura has been set up by the Rajasthan State Industrial and Investment Corporation (RIICO).

Jaipur also has a flourishing textile industry. Raw materials are available in abundance and there’s no shortage of skilled workers. Jaipur handicrafts are much sought after not only in India but in many other countries as well. The mining industry and light engineering industry in Jaipur has witnessed lot of interest from Indian and foreign investors.

The government has been taking initiatives like setting up special economic zones, export promotional parks and industrial parks to provide a boost to various industries in Jaipur. It is also providing other attractive incentives to investors which is encouraging them to set up their operations in Jaipur.

With a thriving business culture in the city, it has given new employment opportunities to young professionals and Jaipur is located at a distance of only 250 kms from Delhi and large volumes of trade happens between the two cities. In fact, many businessmen have set up operations in both cities and travel regularly travel between Delhi and Jaipur. They generally prefer traveling by Delhi to Jaipur cab as it is safe and convenient. Savaari is a reliable online platform for booking outstation cabs in Delhi.

You say that IT is booming in this region? Sounds really promising. Nowadays it's hard to imagine any business without using any IT elements. And that's a reason why people search for web outsourcing developers. You can check this site and read about 15 software outsourcing companies by size.

It is unfortunate that this is the situation in the world now.
Judging by your description, you have a very cool country and an interesting city to visit. In the meantime, I have not done this, I offer people useful online bots that can help survive this quarantine.

Rajasthan is my favorite place. I love read this article about this and also cycling is my hobby right now. Its an very eye-catching site. And also they offer best paper service to understudies to complete their educational task easily. Thanks to share such an great info with us.

Very interesting article. Particularly interested in the paragraph about IT industry.
I share article how to create PoC (Proof of Concept) https://y-sbm.com/blog/poc-for-business-idea

thank you for the information
Best regards
YSBM Group