Knowing The Law On Dog ID 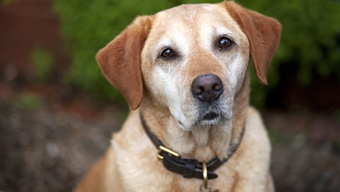 The law on dog ID is changing. Do you know what you need to do this April to ensure you comply with the new legislation?

Are you one of the millions of dog owners in the UK? Did you know that a new law coming into effect in just four weeks could leave you facing a fine of £500?

All dogs will be required to have a microchip inserted under their skin from April 6th onwards, but it’s estimated that over 1.5million have yet to be chipped.

So if you’re one of the 12 per cent of dog owners who are yet to have your four legged friend microchipped, what do you need to know?

The law was put forward back in 2013, and rules that dogs over the age of eight weeks old must be microchipped.

The chip is only the size of a grain of rice, and is inserted in-between the shoulder blades using a needle in a relatively painless procedure, very similar to a vaccination.

The chip itself is made from similar material to pacemakers used in humans, and will fuse to the body tissue of the dog meaning it won’t move around.

The chips will contain all the necessary information about the dog and its owner, which will all be stored on one of seven databases.

This is to cut down the amount of strays, and try and ease the burden on charitable organizations who spend a considerable amount of time and taxpayer money on rescuing lost and stray dogs.

One your dog is chipped, it’s up to you as the owner to make sure that the information on the database is kept up to date (such as if you change address).

The only downside is that the database will charge a small fee for you to update your details, but failure to do so will lead to a fine.

How long do I have to get it done?

The Microchipping of Dogs Regulation 2014 will come into effect on the 6th of April this year in England and Scotland.

The law has already come into effect in Wales in March 2015, and even earlier in Northern Ireland where compulsory microchipping was introduced in April 2012.

If your dog isn’t chipped after this date, and you are traced by the local authority, you will be given a period of 21 days in which to get it done before you face the £500 fine.

Why is it being introduced?

It is estimated that £57million of taxpayers and charity money is spent every year on reuniting more than 100,000 lost and stray dogs with their owners.

Not only will microchipping reduce this burden, but it will also mean much more peace of mind for dog owners if their dog does get lost.

Where can I have it done?

While some private veterinary clinics will charge between £20 and £30 for the procedure, many vets and animal welfare charities such as the Dog’s Trust are offering free microchipping, and you can check out this map to find out where you can have it done locally.

What about collars and ID tags?

While you might think the new microchipping laws mean that you no longer need to have your details displayed on a collar and ID tag, this is not the case.

The microchip is essentially a backup to the existing identification laws, so make sure you’ve got these as well!

Of course, your dog tags don’t necessarily need to just be a boring metal plate, there are a host of personalized adorable tags available from sites such as DoggieTags.co.uk.

So now that you know all about the new law, there’s no excuse not to get your pooch chipped. It could be costly if you don’t!

Each canine while on an open roadway or spot of open hotel must wear a neckline with the name and address of the proprietor engraved on it or a plate or identification appended to it. For more information please visit https://www.goszeto.com/ website and contact them.