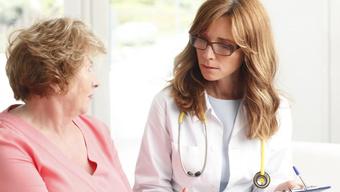 During Deep Vein Thrombosis (DVT) Awareness Month, everyone should ensure that they are aware of how serious the issue of deep vein thrombosis (DVT) and blood clots really are, as well as how to minimize your chances of developing the condition.

You will have heard a lot about DVT and it is one of the most common types of blood clots that over 50s suffer from. However, everyone needs to fully understand just how serious the issue is and how it can even lead to fatality if left untreated. That is why this month’s awareness campaign is so vital.

The DVT Awareness Month campaign promotes the key information concerning blood clots and DVT that everyone should know, including how to treat and prevent the condition and identifying groups that may be at higher risk. The campaign includes tips from sufferers as well as medical practitioners to provide everyone with access to useful and practical information which could potentially change lives.

One of the most important things to understand about DVT are the symptoms that might indicate a clotting issue. Although the condition can be symptomless, there will usually be a pain or ache in the legs and possibly a swelling around the area. Usually, the condition will only affect one leg but this is not always the case so DVT should not be ruled out.

If you believe that you are suffering from any of the symptoms associated with DVT then it is vital that you contact a medical professional as soon as possible as the condition can lead to further and more serious complications, including pulmonary embolism. This occurs when a piece of the blood clot breaks off and blocks the blood vessels elsewhere in the body, often in the lungs leading to chest pains, breathing difficulties and potentially heart failure. Pulmonary embolism is thought to affect around 10% of DVT sufferers if the clot is left untreated. This is exactly the type of vital and potentially life-saving information that the DVT Awareness Month campaign aims to highlight to a wider audience!

Eddie Chaloner, a renown vein specialist, explains on his blog that there are substantial long-term risks of not treating blood clots with over a fifth of DVT sufferers seeing an increase in pressure in the veins, resulting from a diversion of blood flow from the clotted veins. This is known as post-thrombotic syndrome and common symptoms can include calf pain, swelling and, in severe cases, ulcers.

Is DVT hereditary and what are the causes?

One of the major causes of blood clotting and DVT is pregnancy, as blood clotting tends to increase in pregnant women. However, there are also other causes which can lead to the development of DVT, the most well-known of which is inactivity when travelling for long periods of time as blood flow slows, increasing the chances of a blood clot forming.  For the same reason, you will be at more risk of developing a blood clot if you are in hospital and undergo a lengthy procedure.

Damage to blood vessels is another major cause of blood clotting. Any conditions which may interfere with blood flow increases the chances of developing clots, including inflammation of the blood vessels and varicose veins. Hereditary and other medical conditions can also put you at higher risk including:

Unfortunately, if you are overweight or older than 60 then you are also increasingly likely to develop conditions such as DVT.

One of the most common treatments of DVT is anticoagulation medicines which prevent the condition from worsening by reducing clotting. Heparin and Warfarin are the two most popular anticoagulants used with Heparin involving a course of injections which may require a hospital stay whereas Warfarin comes in tablet form. Both medicines have a range of side effects, some of which can be serious such as increased bleeding, so you may need to be monitored via repeated blood tests throughout the duration of the treatment.

An alternative approach to using anticoagulant medicines is the insertion of small mesh devices into the veins. This mesh prevents fragments of a blood clot from travelling through the body and is an effective treatment of both DVT and pulmonary embolism. Using inferior vena cava filters can either be a permanent measure or they can be removed once a patient is no longer at such a high risk of a blood clot.

In order to alleviate the symptoms of DVT, or to prevent the condition from developing, there are simple lifestyle changes that can be introduced, such as losing weight or increased exercise. In fact, just ensuring that your leg is raised while resting can be beneficial and aid blood flow, therefore preventing blood pooling in the calf area.

DVT Awareness Month is playing a vital role in raising awareness among both men and women who may be at greater risk.

50Connect is a wonderful forum and is doing a good job of spreading awareness all around. Cloudflare has been discussed. Here you can buy assignment writing to get help to write your task and submit on time. Thrombosis is a disease which should be discussed among people to spread awareness about this.