Moving Abroad for Your Retirement: The Benefits 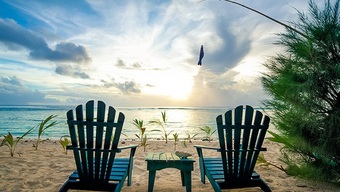 Now that the children have fled the nest and you’ve retired from work, you might be considering ways of how to spend your golden days in retirement. With the unstable economy and Britain’s not so sunny climate, it might have already crossed your mind to leave it all behind for a brighter retirement abroad – and you wouldn’t be alone. According to HSBC, the number of people who are nearing retirement and considering buying a foreign property has increased from 30% in 2006 to 38% (5.4million) in 2013. Although 81% of this figure refers to people that would prefer to use their foreign property as a holiday home that they visit up to six months of the year, it still suggests that a total of one million Brits are considering retiring abroad.

If you are contemplating whether to make the bold decision and join the many other Brits for a retirement abroad, have a read of some of the benefits it can bring to your retirement plan – it might just make you want to book your international movers straight away.

One of the biggest temptations for retirees choosing to move abroad is the sunnier climate. After years of experiencing endless days of rain and an almost non-existent summer in the UK, fed up Brits are moving to destinations where they are guaranteed a warmer and sunnier weather. According to the Telegraph, Malta is the number one place to retire abroad with an estimated 3,100 hours of sunshine a year and an average temperature of 19C.  Other popular destinations for retirees include Portugal, Spain and Barbados.

The chance to travel

Always dreamed of travelling and seeing the world, but never found the time or money? Well, your retirement years are the perfect opportunity to fulfil this dream.  Moving abroad to a new destination will broaden your horizons, allowing you to discover new cultures and exciting experiences. If you choose to move to a destination in Europe, you will have the opportunity to visit other close by European countries with excellent the transportation links available.

Many retirees worry that moving abroad will jeopardise their ability to claim their UK pension. However, if you have worked in the UK throughout your life and are entitled to a UK pension, then moving abroad shouldn’t make a difference to how you claim your pension. Countries within the EU as well as countries such as Australia and New Zealand have an agreement with the UK, therefore it shouldn’t be a problem.

Moving abroad will more than likely mean that your money will stretch further and your state pension will last longer. Obviously this can depend on your chosen retirement destination (somewhere like America will have similar or higher living costs than the UK) but popular retirement destinations such as Spain, Malta and Eastern Europe have much smaller living costs than the UK (as much as 50% less) particularly in terms of food and accommodation.

Many people are put off moving abroad due to other countries not having a system similar to the NHS. However, countries such as Italy, Spain and Malta, which are all popular retiree choices, have the added benefit of being known for healthier lifestyles and diets.  What’s more, hospitals in countries abroad are often of a better standard than the UK.