Parkinson's disease. Is there a cure? 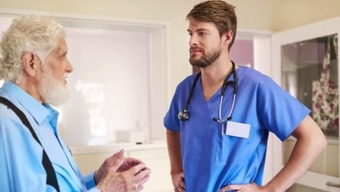 Parkinson's disease is still a mystery for medicine. Doctors do not have an unequivocal answer why it develops.

It is a degenerative neurological disease when neurons (brain cells) are destroyed, and the synthesis of dopamine slows down. Dopamine is one of the most important neurotransmitters, substances produced by neurons to send signals to other nerve cells.
The disease develops slowly, but inevitably.
No cure can completely stop the progression of the disease. Modern methods for treatment of Parkinson's disease are aimed at alleviating the patient's condition and managing symptoms.
Medications
The first line of parkinsonism treatment is drug therapy which can cover the deficit of dopamine while preventing the death of nerve cells. During the first few years after diagnosis, drug treatment is quite effective. Patients can lead an active life for a long time. The choice of medications for the treatment of Parkinson's depends on the stage of the disease.
Surgery
The most effective method to treat Parkinson's is deep brain stimulation. It is FDA approved (an agency of the US Department of Health and Human Services) and indicated for patients resistant to drug therapy. Since 2009 it is also used for patients with the severe obsessive-compulsive disorder.
What is deep brain stimulation?
Deep brain stimulation (DBS) is a surgical procedure used to treat various neurological symptoms, including severe ones of Parkinson's disease such as tremor, stiffness, and walking problems.
The innovative method of DBS-therapy is based on the implantation of the battery-powered medical device (that lasts 3-5 years), called the DBS neurostimulator. It looks like a heart pacemaker and about the size of a stopwatch. The electrodes of the device are implanted into specific brain structures. Through them, an electric current of low voltage and particular frequency is transmitted. DBS device generates pre-programmed pulses. Programming allows a doctor to choose the stimulation settings that suppress symptoms of the disease as much as possible and minimize the side effects.
Before the procedure, a neurosurgeon uses magnetic resonance imaging (MRI) or computed tomography (CT) to locate the exact target in the brain, which generates Parkinson's symptoms.
There are three parts of the brain that have been approved for stimulation in case of Parkinson's disease. Target selection is adapted to the individual needs of a patient.
DBS: pros and cons
About 10,000 people around the world undergo DBS surgery annually. To date, more than 140,000 Parkinson's patients live with tiny chips in the brain that control and suppress negative symptoms.
Deep stimulation of the brain has such advantages:
Like every neurosurgical intervention the DBS may cause such side effects:
Such symptoms can become particularly problematic if stimulation is in non-stop mode. But such effects can be canceled by simply turning off the electric impulse into the brain.
Along with Parkinson's disease and dystonia, DBS-therapy is used for the treatment of such diseases of the nervous system like essential tremor, epilepsy, obsessive-compulsive syndrome.
This therapy might not be suitable for all patients like the ones that are older than 75, have brain atrophy or some psychological disorders. Along with adequately selected drugs, it can significantly improve the quality of life and give some hope for seniors at risk of developing Parkinson's.
So is there a cure?
So far in the arsenal of modern medicine, there is no method to cure Parkinson's disease completely. But studies continue. Patients who have this diagnosis soon might get the ability to test the innovative techniques that are currently under development. AAV2-GDNF gene therapy for Parkinson's disease is one of them. GDNF-based therapies research is held by the Health Institute Carlos III at the Spanish Ministry of Science and by the Institute of Neurology at the Federal Institute of Technology in Switzerland.
Recent scientific news regarding the search for parkinsonism gives hope that soon this and other promising therapies will be available to every patient.

Expectation you find the ideal solution to your inquiry soon through this blog. They are providing best essay writing service uk reviews to encourage us by noting every one of our inquiries in such a positive manner. Much obliged to you for giving this open gathering with the goal that we can pose our inquiries without any problem.