Property vs Pensions - What makes the better investment? 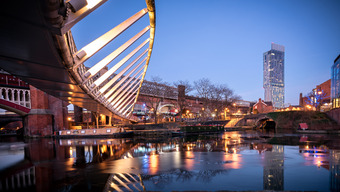 We all know how important saving for the future is, but with so many different saving and investment options available, it's hard to know what is the best course of action to take. We look at property vs pensions to see which makes the better investment for the future.

Buy-to-let property investments became especially popular after the Equitable Life scandal rocked the pensions market and remained popular as an alternative to the low returns offered by annuities. Over recent years, however, political changes have made the buy-to-let property market more challenging, while sweetening the appeal of pensions. This means that now could be a good time to revisit the question of property versus pensions.

The case for property

Buy-to-let may be less appealing than it used to be, but there is no doubt that there is high demand for rental property in the UK, which means it still has potential. Therefore, anyone with a particular interest in this area still has a good chance of making it work for them, provided that they are prepared to put in the work themselves, meaning undertaking the necessary research and accepting that a certain degree of management skills are useful, even if you use an agency for the actual work. Having said that, people in a later stage of life might well prefer a more “hands-off” approach to property investment and so it’s good to know that there are plenty of other options for investing in the property market.

These include property-related bonds, commercial property and investing in companies involved in the property market to name but a few. Those looking at estate planning might want to consider investments which qualify for business property relief although this is a very specialist niche and so is usually best investigated with the help of a professional.

The case for pensions

Most people will probably remember 2012 as the year of the London Olympics, but it was also the year in which the auto-enrolment scheme was officially started (albeit only for the largest employers). This obliged all companies to enroll their employees into a workplace pension and make contributions on their behalf, unless the latter explicitly opted out of the scheme. Then, in 2015, the requirement to spend (most of) a pension pot on buying an annuity was removed and holders of pension pots were finally allowed to use their funds as they wished.

At the time, this decision was somewhat controversial. There were some who argued that the requirement to buy an annuity was a reasonable obligation given the tax benefits granted to those saving for a pension. It was, however, probably necessary, if the government was to succeed in its aim of making pensions attractive again.

Property and pensions both have their advantages and disadvantages and at the current time at least it is really impossible to say whether or not one is better than the other for people in general, so much depends on an individual’s situation. The good news is that there is usually no need to choose between one or the other as it is often possible to invest in both.