Sex is the Secret to a Healthy Prostate 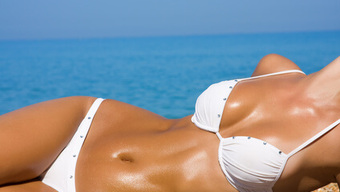 Many men still don't know whether Sex is good for prostate health. And if it is, how much sexual activity is enough and is there such a thing as too much?

The prostate is a small but vital gland in the male body and one that most men over 50 are familiar with for unfortunate reasons.

Prostate diseases such as BPH, prostate inflammation, Prostatitis and even Prostate Cancer

are becoming increasingly more common and showing up in men once considered too young.

", so it is fair to say that Prostate disease is modern man's persistent plague.

The side effects of Prostate disease are as numerous as they are nasty. From depriving you of your

ability to sleep through the night, to the incontinence, from urgency to problems starting

to retrograde ejaculation, and that’s just to name a few.  Ask any man with BPH, he’ll assure you that the symptoms are not fun and the disease is no joke.

Whether or not sex is good for prostate problems is a question many men wonder but very rarely vocalize.  They know that the doctor will tell them to abstain from sex before a PSA test

(Prostate Specific Antigen), but they don't actually know if an active sex life is exacerbating their problems, or causing new problems.

There is still a taboo surrounding sexual activity and it is not often spoken about. Many men are still embarrassed to talk about their prostate problems; talking about sexual activity is still relatively uncommon amongst some older men.

But with the prostate playing such an active role during sexual activity, the effect regular ejaculations can have on the prostate should be considered and become a major talking point, especially amongst men who are experiencing prostate problems.

So what does the science actually say; is sex bad for your

Prostate? Does having sex cause Prostate inflammation? Does regular sex increase the risk of Prostate Cancer

The Short Answer is, NO... Sex is actually GOOD for your Prostate... In fact, regular sex lowers your risk of Prostate Cancer and just might save

For those of you who are still here, and have not already begun emailing this article to your wives, here is the long answer.

According to a report published in JAMA, men who reported having more than 20 ejaculations per month were 33% less likely to develop prostate cancer than those who reported to have fewer ejaculations.

An Australian study of 2,338 men also came to a similar conclusion. This study found that men who averaged 4.6 to seven ejaculations a week were 36% less likely to be diagnosed with prostate cancer before the age of 70, compared to men who ejaculated less than 2.3 times a week, on average.

The study found no connection between prostate cancer and the number of sex partners. (An earlier study, however, found that men who had sex with 30 or more women were two to three times more likely to develop prostate cancer than men with only one partner.)

A University of Nottingham-Medical School study also attempted to address the question; is sex good for prostate problems? Researchers noted that frequent sexual activity (more than 10 encounters per month) gives men a “small” amount of protection

However, the same study also found that men who are highly sexually active (more than 20 times per month) in their 20s and 30s are more likely to develop Prostate Cancer

Sex can also have benefits for prostate health in a number of other ways. Apart from the potential decrease in risk of Prostate Cancer

Lack of frequent sex can result in penile shortening, and in the absence of consistent nocturnal erections, which can cause and contribute to self-esteem issues and lead to further erectile dysfunction

Overall, regular safe sexual activity seems to be healthy for the prostate and have benefits for a range of prostate problems.

Some prostatitis symptoms can be relieved by regular sexual activity and, in older men, regular ejaculation has protective effects against Prostate Cancer. In fact, a higher frequency of ejaculation is associated with a decreased risk of developing prostate cancer.

So to answer the question of is sex good for prostate health, the answer appears to be yes. In later life, regular sexual activity appears to have a positive

There is another concern, however. While Sex may be good for prostate health, prostate disease is certainly not good for your

sex life. You can read part two of this article... How Prostate Disease can Destroy your Sex Life and 5 easy Tricks to Fixing It here.

I would like to thank you for the efforts you have made in writing this article. I am hoping the same best work from you in the future as well. Thanks... CBD oil for anxiety