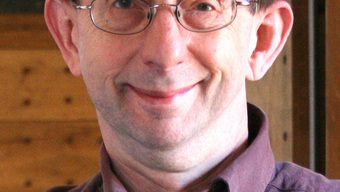 Does this retro black and white silent movie live up to the hype?

Pitch this idea to a Hollywood mogul. A film shot entirely in black and white, using the camera and editing techniques of eighty years ago. What’s more, apart from a fragment ot two of dialogue, it’s a silent movie from beginning to end. Both lead actors are French. And one of the main performers is a dog. OK, Hollywood can handle dogs, but the rest of the proposal would have the pitcher hustled out of the room with a jab of a cigar.

Yet “The Artist” wowed them at Cannes, has packed cinemas worldwide, triumphed at the Golden Globes and looks set to do the same at the Oscars. What’s behind its unlikely and astonishing success? If you want the answer in a word, I believe it’s innocence.

The story, of the love affair between silent star George Valentin (Jean Dujardin) and Peppy Miller (Berenice Bejo), as the talkies lift her career and terminate his, is told without irony or cynicism. We never find out whether they consummate the relationship, but it just doesn’t matter. The lack of wordplay makes the actors carry their hearts on their sleeves, almost literally in one unforgettable scene in which Peppy, left alone in George’s dressing room, slides her hand down his jacket and imagines him caressing her.

It’s a film about film, and we see their relationship blossom as they perform together. A ballroom scene is shown over multiple takes which George persistently mistimes. He is supposed to pass Peppy to another partner, but he is utterly beguiled. We watch, entranced, every revealing glance and movement. Dialogue or “real sound” would at best have been a distraction, and could actually have debased a moment of what feels like pure cinema.

This is bought jarringly home when George, aware at last of the threat sound production presents to his art, lowers his whisky glass. For the first time we hear the sound – rattling and intrusive. As other noises and fragments of talk intrude, George covers his ears and begins his descent into despair. The tone changes from romantic comedy to melodrama but the story is still told through primary emotions, gestures and faces. Both Dujardin and Bejo are extraordinarily expressive, with a charm which is low on overt sexuality but charged with eroticism.

Will George drop his pride and allow Peppy to help him? It’s not a sophisticated story line, but it doesn’t matter - we care. Magically, “The Artist” takes us back to a time when “will they, won’t they?” was enough to keep an audience in raptures for ninety minutes. This doesn’t mean it’s simplistically made. The cinematography is superb, the pacing is excellent and visual homage is paid some of the great silent movies.

“The Artist” isn’t a great movie. It doesn’t have the breadth of “Lawrence of Arabia” or even the wit of “Some Like it Hot.” But it offers reassurance and warmth when, just as in 1929, we are faced with a depression and the challenge of new technology. I can’t think of any other recent movie which has given me such simple pleasure.

Nice review, Tony. I shall add it to my films to see list.

Thanks, Gareth. Do go. I think you'll enjoy it - it's genuinely refreshing.

Hopefully will see this before it leaves the cinema - sadly, I may be forced to watch the Maggie bio-pic instead...

Breaking the 2-hour half long distance race is something that numerous sprinters long for, and it's an objective I've been pursuing for a long time. Since I've come so close (2:02), I chose to place some additional work into this objective and tap a specialist for certain tips.A complete guide on 12 week sub 2 hour half marathon training plan are here to help out you in these days when you stay at home.

I have been looking for this! portland guitar lessons