The Best Television Shows of the 1980's 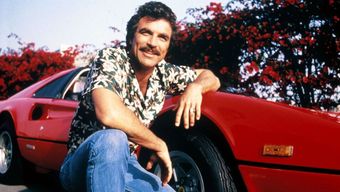 I have to admit there is a personal penchant for writing this article. I don't think I appreciated 80's programming enough when I was younger. It always seemed silly and stupid, and to some degree it is.

Feathered hair, short shorts, broad stereotypes, political correctness - - these are a few of the obvious facets that stand out about 80's television. But truthfully, beyond the obvious changes in look and attire (which, it could be argued is "retro" now and in vogue), many of the same traits still exist in television today. They have only become subtle.

Modern television is chaos. There is reality and there is the cable. But at a time, there were sitcoms and dramatic fare on network TV. Remember that? I'm kidding, but sometimes this feels as if it is true. So I don't think I am alone when I spend my free time watching old shows that offer some endearing quality I can't really put my finger on - - what I like to think of as 80's escapism. Here are my top five choices:

Murder She Wrote - Yes, it's totally ridiculous. Angela Lansbury plays Jessica Fletcher, a mystery novelist who solves her own mysteries in an hour. Even worse, by the end, nine times out of ten the villain is so confounded by how clever Fletcher has been that they admit to the crime. Would it happen in real life? No, and it would never happen in modern television. But this is the 80's, baby.

Magnum P.I. - So Tom Selleck is a private investigator in Hawaii living in the guest home of a man we never see. Selleck is Magnum and he has a combative but loving relationship with the owner's butler. Meanwhile, Magnum toots around town in the master's Ferrari solving crimes and hanging out with his friends who happen to know everyone. Oh, and one of them owns a helicopter. Sweet. That must have been quite the pitch meeting.

MacGyver - Richard Dean Anderson is a scientist working for the government who resolves confrontations using the power of his mind and refuses to carry a gun. He can defuse bombs with a paper clip and solve almost any problem with (and maybe even without) a basic set of tools and some household supplies. Basically, he's a genius who helps the poor, saves the environment, speaks several languages, and does it all with a mullet. Top that.

A-Team - Mr. T plays B.A. Baracus, one of four good guys on the run for a crime they didn't commit. In their spare time, B.A., Murdock, Faceman, and Hannibal help people out - - there is no real larger plot besides their conquest to clear their names for the Vietnam crime they didn't commit. The only serious question posed by the show is still a debate to this very day: What's more important, Mr. T's gold chains or Hannibal's cigar?

Mr. Belvedere - An English butler moves to the United States and looks after a middle-class American family in Pennsylvania. Hilarity ensues. What more could you possibly need to know?

Now it might sound like I am ridiculing these shows, but structurally I think they are very sound. Maybe that's why it's no surprise that Paul Haggis (writer of Million Dollar Baby, Crash) got his start on Walker Texas Ranger. These shows laid the groundwork for everything we see as far as critically acclaimed television today, even if the plots and characters were a little goofy. And so when I say I have a personal stake in this, it's because watching these shows now gives me epiphanies about the writing process that I didn't quite understand when I was younger - - that something can be hokey but still be made well.

Good day pupils! Practically every time I had been using pepr writing help company while learning at high school. One of my favourite foreign language teachers asked me to write a huge school letter. Mostly, I hated these types of work, so I prefered to pay money for it. And now I am using pretty good online " do my assignment " company that helps me a lot with all of my writings.