The Death of Careers as We Know Them 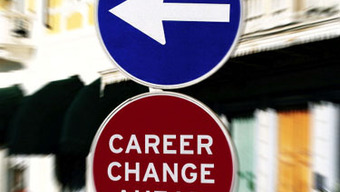 What Future Holds May Surprise You

The idea that careers are dead has been circulating in the media for a while now and has gotten quite a lot of support from the most professional analytics. There are various surveys and articles written on the topic of majority of Millennials becoming employed in service industry jobs without any prospect to succeed in the industry related to their college degree. While this may be true to an extent, it is time to revisit this idea and see whether these estimations have become a reality or not.

First of all it is important to take a look at the recent change which has affected most, if not virtually every industry. Of course it is the internet. Its exponential growth has been difficult to predict a few years back, but it looks like it has finally picked its course. At the same time, this ever shape-shifting organism has been playing a huge role in the direction our economy is heading for a variety of reasons:

What makes this relevant to the topic is the fact that the same teens who had no idea what to do with their life once they have graduated are now becoming self-employed freelancers, committed to providing quality content in order to stay alive, instead of focusing on living in comfort (aka death of creativity).

This has also given birth to sites dedicated to outsourcing such talents through the internet, giving them the option to be hired by virtually any company based entirely on their skills, while also forcing them to compete with each other for the job – another thing that only further drives the quality of the delivered content.

People now have the chance to make money based on their online persona. Building connections in the traditional sense has become useless with the age of modern internet. Nowadays, in order to get good connections and job opportunities, all you need to do is find the topic you are mostly interested in and provide great content based on that. Twitter has become stand up comedians’ number one tool in the same manner as Facebook is helping smaller brands reach out to potential clients and investors in a manner of seconds.

Last but not least, traditional jobs have evolved in order meet societies current needs. Similarly to the way video has killed the radio, traditional marketing seems to be going down in popularity, while internet marketing consultant agencies are right at their peak.

So, in a traditional sense it can be said that careers as we know them are dead. But in reality, they have only taken a new form, where a steady income does not have to come from a single source and does not depend on your looks or degree, but rather on the content you are able to provide in this new era.

The “internet of everything” is undoubtedly here to stay, and as online fraud becomes ever more sophisticated it is vital to keep up to speed with the latest security developments, so that your retirement business will flourish successfully and your data will remain intact and safe. https://multiplicationtablecharts.com/