The Devil's Bridge and the Castello della Badia in Vulci 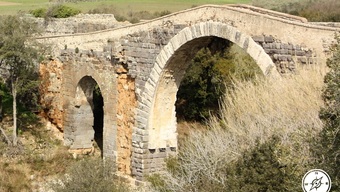 The Ponte della Badia, also called the Devil's Bridge, is an imposing structure that shows different construction phases. The name Ponte del Diavolo was given by the population in the Middle Ages, as for the belief of the time (unaware of the Roman and Etruscan sizes) only the Devil was able to build such a bridge with arches so high and wide.

The oldest part of the bridge is of Etruscan age, and corresponds to the lower part consisting of two pylons in blocks of red tufa that rest directly on the river bed of the river Fiora. 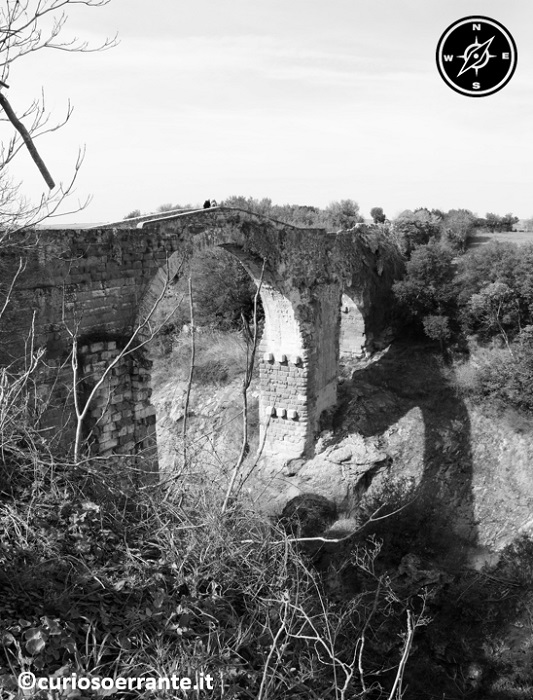 Much later, in the Roman era, in the 1st century BC the tuff pylons were incorporated into a structure with three arches in square work.
In the Middle Ages the bridge was modified with defensive structures directly connected to the new construction of the castle of Badia, placed right to guard this bridge. 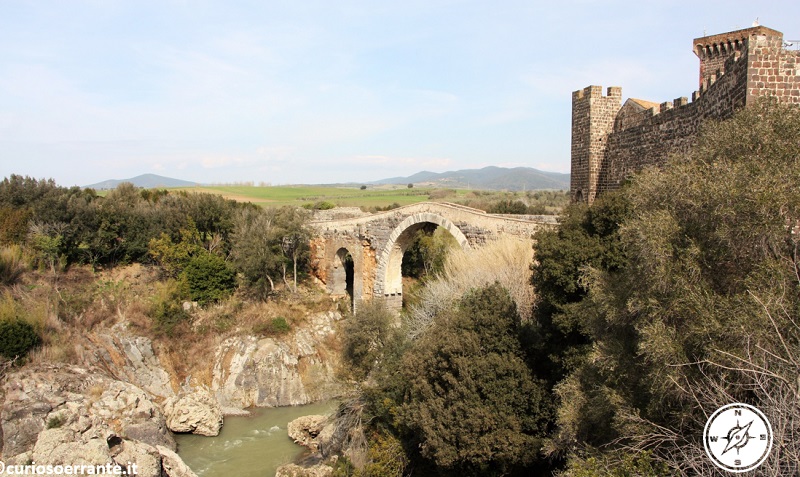 The bridge of the abbey was in fact a bridge that has always played a fundamental strategic role in the various historical periods.
In fact in the Etruscan-Roman period, the bridge followed what was one of the most important communication axes between the cities of internal Etruria. A few hundred meters in fact, this road reached the North Gate of Vulci, one of the most important city of the Etruscan Dodecapoli. 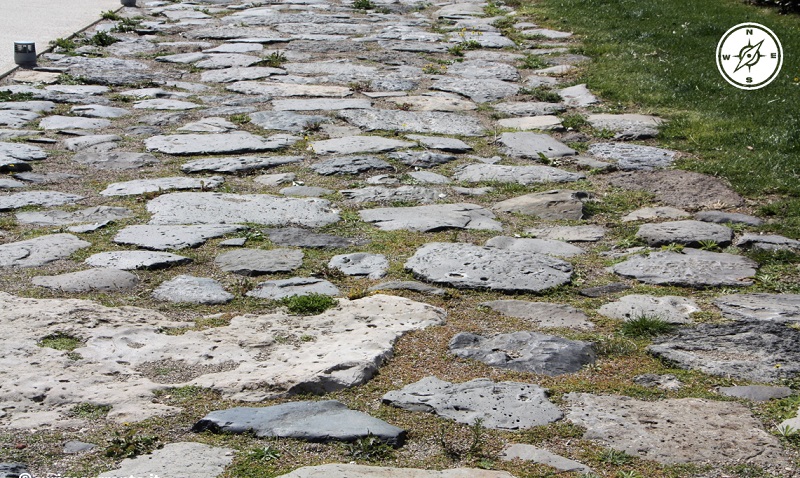 This strategic importance did not diminish in the Middle Ages, and in fact dates back to this period the Castello della Badia, which dominates the south-west side of the left bank of the river Flora. This fortification as well as to play a controlling role on the way, also dominated the surrounding territory. 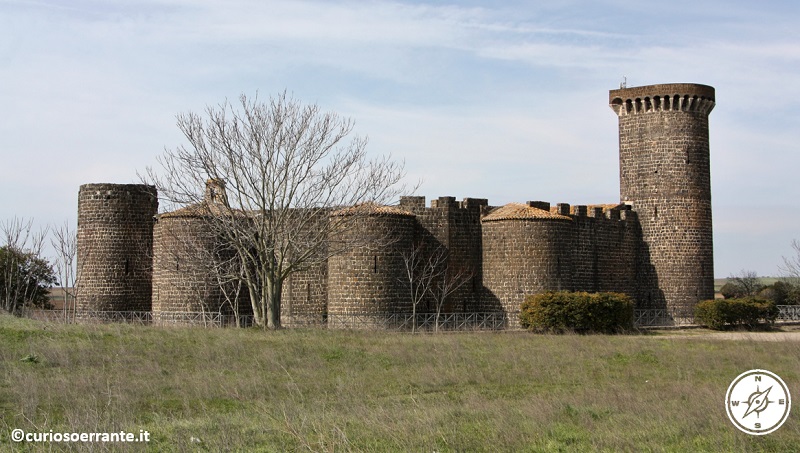 The Castello della Badia is an impressive fortification for the time and strategically well placed. On one side we have the high cliff that flows directly on the river Flora, on the other a moat still invaded by water. 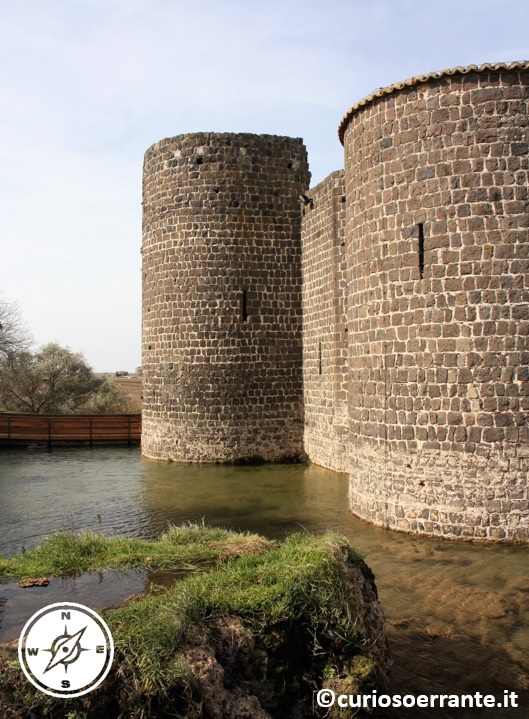 To cross the bridge, it was necessary to enter an avenue that went around the castle, in a narrow passage surrounded by walls.
A document of 809 a.C. reports that the fortress was built around a Benedictine abbey dedicated to San Mamiliano. So this fortress also played the role of a fortified abbey to protect the monks who played there a function of an outpost of culture that in the dark era had been totally erased. And so for the time it was a defense and a point of reference for the local populations often subject to numerous incursions both by land and by sea.