The Facts Why Your Prostate Enlarges 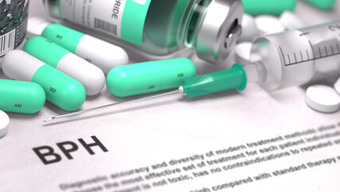 The odds are that if you’re a man and you live long enough, you’ll have an enlarged prostate at some point in your life. Make sure you read the blog till the end to find out why your prostate enlarges and how to prevent it.

The prostate produces the seminal fluid that mixes with the sperm to create semen during ejaculation. Because the prostate surrounds the urethra (the tube that your urine also passes through), it’s swelling causes the tube to be clamped down on which restricts urine flow.

This can also be one of the pain sites for a painful ejaculation. The reason is; you now have a burst of semen flowing through a restricted tube, that may only be 20% of its normal diameter.

As you can imagine forcing that volume quickly through a tube with that dramatic of a size reduction in a very sensitive area could cause pain. 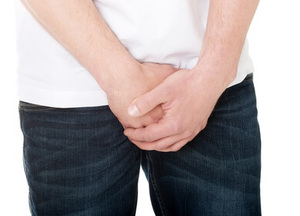 What Causes The Prostate To Enlarge?

There are several reasons that the prostate can enlarge, with cancer of course being one of them. We won’t be focusing on cancer here as we have other articles on the site that cover this. Instead we will be addressing other causes for prostate enlargement, so that you may get a more well-rounded understanding.

Low levels of testosterone, below normal low levels, has shown some direct correlation with prostate inflammation in both the cancerous and non cancerous forms.

This data would seem to indicate that you would do well to keep your testosterone levels to at least normal levels, or maybe even high normal naturally. Staying long term on testosterone replacement therapy has been shown to shut down your natural production of testosterone. That would be one of the last things you’d really want to do. Short term replacement wouldn’t have the long term benefits that you’re looking for. So, the real solution there is naturally increasing testosterone. 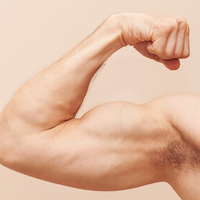 DHT (dihydrotestosterone) the prostate derives a substance called DHT from testosterone. DHT became famous in the media when it was linked to hair loss. Studies also indicate that when testosterone levels drop, DHT levels don’t. This has been shown to cause the prostate to keep producing more prostate cells. The problem comes into play when the prostate produces too many cells and begins to enlarge.

There are those that feel this may be one of the main underlying causes of benign prostatic hyperplasia. It would stand to reason, as it would appear that healthy normal levels of testosterone play a part in limiting the DHT cycle and thereby regulating prostate growth to normal as well.

The western diet and a sedentary lifestyle

And we can narrow down the differences between a Chinese man and an American to having nothing to do with the physiology but everything to do with diet and lifestyle. A study that followed the risks of prostate disease in a community of Chinese men who have lived in the United States for several generations and have change their diet to the typical American diet, is that their risk of prostate disease rises very rapidly to that of the indigenous American.

So if you are looking to prevent your prostate from enlarging then you need to take action NOW. I explain in great detail in my book “All about the prostate” why and how diet and lifestyle are so central to restoring health and particularly prostate health in men.

These facts seem to be very related and true regarding the prostate gland. One of my friends has a large prostate gland. You can Continue  search to new casino games. I will relate these pieces of information with the facts that he is facing. Thanks for sharing this.