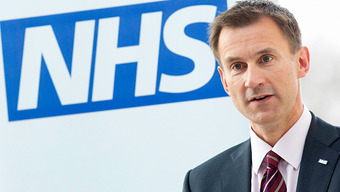 The population of the UK is aging, with the number of people aged 65 or older increasing by 47% since 1974. By 2050, those in the over-65 age group will make up as much as 25% of the population. The health and care issues that come along with this aging population are significant, and will place a growing burden on the NHS and its ability to manage and care for patients with age-related conditions such as dementia.

The costs of these conditions are huge, and searching for a cure for these ailments will be at the top of many health policy-makers’ lists. Collaborations between social and health care are an important step towards managing these issues, and plans are already being put in place by some groups to integrate different care budgets.

The precise costs to the NHS of treating illnesses such as dementia can be easily overlooked, especially given that there is no known cure, and much of the care is provided by family members, friends, or private organisations. This means that most of the treatment costs are for medication to manage the condition, and social care costs such as the wages of caregivers who assist dementia patients with everyday tasks.

Research has been conducted by the Alzheimer’s Society in 2014 about the exact monetary costs involved, which found that the overall costs of dementia in the UK economy are approximately £26.3 billion per year. This consists of costs related healthcare, social care, unpaid care, and other miscellaneous costs. The unpaid care is care provided by family members or friends, where the cost to the UK is what would be required to pay that person as well as opportunity costs suffered by that person. 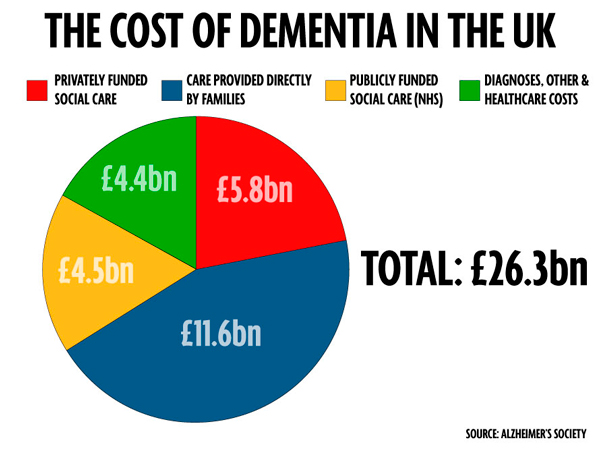 Part of the issue is that these increasing costs for the sector of the population needing aged care come at a time when the NHS is facing declining funding for this type of care. Essentially, as demand is rising, funding is falling.

A number of proposals have been put forward to tackle these issues. First, increased pressure is being placed on researchers to discover a cure. Second, greater integration between health and social care for relevant patients has come to the forefront. Some progress has already been made, such as over 600,000 social care staff being recently trained by the NHS in how to support patients with dementia, and the Dementia Discovery Fund being established in 2015 to fund research for a dementia cure. But there is still more to be done, and a number of key steps have been taken by significant stakeholders such as Jeremy Hunt, British Secretary of State for Health.

In March this year, Jeremy Hunt set a lofty goal of making the UK the “most dementia-friendly country in the world by 2020”. He proposed that this goal would be met by increasing dementia diagnoses (so that people can receive timely and prompt treatment), raising awareness of the condition, and promoting more research on the condition.

Another major player, Dr Dennis Gillings, outgoing chairman of the World Dementia Council, is also hopeful about progress, stating that the UK has already made “great strides” in improving the scientific investigation of dementia. He even went so far as to say that he was “optimistic” about a cure being found by 2020, with increased focus on drug development: a treatment that would likely be “a little expensive” when first brought to market.

The Dementia Research Institute, led by the Medical Research Council in the UK, is similarly focused on finding a cure, with primary aims to accelerate the pace of research and an emphasis on new treatments. With world-class health leaders and policy-makers on board with these health issues, numerous promises have been made for how research will progress in the next few years.

One of the primary proposals that has been put forward a number of times is the need for better integration of health and social care. The UK’s flagship programme on this integration, the Better Care Fund, is a pooled fund with the aim of ensuring that people receive more holistic care and support. This will benefit the aging population in particular, as those with dementia are in particular need of a system that has both the patient and their caregivers in mind.

The programme initially faced some resistance, with critics arguing that it would not work, and would not deliver savings for the NHS. Legislation did eventually push through, with the Better Care Fund now firmly established in 2016.

A representative from a firm of medical solicitors noted that social care services are a vital part of elderly care, as those services are the backbone of ensuring that patients can remain independent and stay in their own homes. A major health issue for elderly patients arises when they must remain in hospital simply because there is no space available for them in care homes, or their own homes are unsuitable.

The artificial divide between health and social care is an unfair and damaging division that primarily harms elderly patients and those with dementia. These health and care system failings result in tens of thousands of people left without the support that they need.

As the population ages, these issues will only become worse, and given the already-high costs of dementia in the UK, a cure to this condition can help save the NHS.