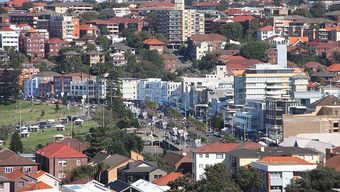 How many of us spend at least a few moments ever now and then dreaming of the prefect retirement? I know I do – and often.

My dream retirement changes depending on my mood – sometimes the vision is of life in a quiet  village on the north coast of Brittany, with all the good things France has to offer – coffee, baguettes and long lunches in atmospheric local restaurants.

Other times, the dream is all about living somewhere that’s more or less permamently warm,and where the grey skies of the UK would quickly become just a memory. Southern Europe maybe – or even Australia.

Maybe it’s something to do with the weather, but it seems that moving abroad is becoming more popular all the time, especially as a retirement option. One survey earlier this year had a very large percentage of respondents saying they would consider purchasing an overseas holiday home – 38%. Of course, if you spend a certain amount of the year abroad you may not actually count as an expat or a resident of the destination country – so it’s important to work stuff out in advance and make sure your tax situation is favourable.

The figures for the number of UK nationals living abroad by country are notoriously difficult to calculate – first, there’s the thing I mention above where people kind of live in two places – then there’s also the problem of trying to work out where people actually are. Not easy -  especially when EU nationals can move freely between countries. But I think that the figures often published – while maybe not pinpoint accurate, do give a good indication of the distribution of UK people around the world.

So where is the most popular destination for UK retirees? Australia, which is perhaps not a surprise for a few reasons, among them:

·         Australia is English speaking, which makes it accessible by not necessitating a long period of language acquisition.

·         Many people already have friends and family living in the antipodes, and what better way to move abroad than by having a ready-made network of social contacts and family already there?

·         Sunshine. And plenty of it. If there’s one place that’s synonymous with glorious sunshine, it’s Australia. And for a great many people, this is a big plus point. Imagine knowing that summer will be hot, rather than wondering if it’s going to be another July of umbrellas and raincoats?

Living abroad of course isn’t a decision anyone takes without giving it full consideration beforehand – as well as plenty of research into tax, property markets and local laws, and so on. The Foreign and Commonwealth Office (FCO) this year released a guide for people planning their move. High on their list is the importance of health cover, since countries obviously vary in terms of health services. Insurers often have individual country guides for many locations with information on health care, and the FCO site also has travel advice with added information on entry requirements, local laws and customs and so on. It’s important to make the distinction between travel cover and international health cover, though. Travel cover is for short trips, while international cover is required if you’re spending an extended period of time abroad.