The Rule of Individuality - Minimalism is Personal 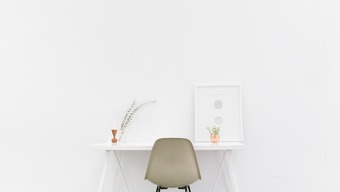 Oftentimes, some people claim that adopting minimalism is challenging. But it is not. When compared to other feats, adopting minimalism is not that challenging. For example, let's compare it to earning $1,000 USD a day. Earning $1,000 USD a day would put you at the top 1% of income earners in the United States. However, it is all about perspective: As of February 2018, an annual income of $32,400 USD would label you as one of the top 1% of income earners in the world. As such, perspective plays a role in minimalism too: When people claim that adopting minimalism is difficult, they say it because they are trying to achieve someone else's standards of minimalist living, not their own.

Everything covered in this book is guidelines for a minimalist home based on my own experiences and observations. But they are just that - guidelines. Should something not work for you, you are free to deviate from the teachings in this book.

This is what makes minimalism so special: It caters to each and every person out there. Instead of a list of what you can and cannot keep in your home, everything you own should be intentional. If a decorative teddy bear brings you joy, you can keep the teddy bear - but the exact same teddy bear that I have maybe clutter to me.

As such, if you think adopting minimalism or a minimalist home is difficult, consider what your standards are. Are you trying to achieve someone else's ideas of what a minimalist home should look like? Oftentimes, this is the problem - with the advent of the Internet and websites like Pinterest, we may be comparing ourselves to outliers and not even know it.

However, you should adopt minimalism for your-self - not to impress other Pinterest users. The purpose of a minimalist home is to increase productivity, introduce you to minimal living, and help you gain control over your possessions and your life. Although minimalist homes are usually visually appealing, aesthetics is a byproduct - not the goal. And as Courtney Carver says, minimalism does not have to look a certain way. Click here, to learn more about the rule of individuality.