The Secrets of Salento 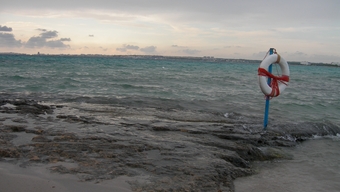 Despite the tantalising mix of delights, this region of Puglia at the southernmost tip of Italy’s ‘heel’ was, until recent years, relatively undiscovered by tourists. Think Puglia, a specialist in Puglia villas and expert on the region, has shared the secret recipe that is making Salento blossom as one of Italy’s most alluring holiday destinations.

The rocky east coastline is one of Italy’s most dramatic, offering sandy beaches, chalk cliffs and salt water lagoons, while the west is flatter with miles of clean white beaches. Running from Salento’s southernmost town, Leuca, to the island town of Gallipoli and beyond, is an almost continuous stretch of sand that laps dazzling azure waters. The six kilometres running along Marina di Salve, through Marina di Pescoluse and up to Torre Pali, is one of Italy’s finest stretches of sandy beach.

Cross to the east shores and sea-lovers will be charmed by the fortified town of Ortrano, which boasts several lovely beaches, including one right in the centre of town. From the easternmost point of Italy at Capo d’otranto and onwards to the tip of the heel, the coast is characterised by rocky cliffs, deep coves and delightful towns, such as Castro with its superb panoramic position overlooking the Adriatic.

As you’d expect from the region that has the pizzica, its own fast pulsing rhythmic dance, at the heart of its tradition, Salento has a long history of exhilarating festivals. In fact every town or village holds its own yearly ‘festa’, with some attracting international musicians and DJs, like Melpignano’s carnival-like event in August which pulls in a crowd of around 15,000. Novoli’s festa has bonfires and spectacular fireworks, whilst Otranto’s Gusto Dopa al Sole brings together a vibrant pot of musicians from genres including reggae, pop and hip-hop.

Many festivals, like La Festa della Madonna di Leuca, in Santa Maria de Leuca, where partying begins only after a statue of Madonna has been paraded through the streets and floated to the port of San Gregorio and back, are associated with traditions and religious customs.

Puglia’s long coastline and fishing tradition mean a wide variety of fresh seafood, such as red mullet, anchovies, gilt-head bream, clams, mussels, sea bass and cuttlefish, are featured on the menus of restaurants in its many seaside towns.

When it comes to pasta, little ear-shaped shells called ‘orecchiette’ are savoured with tasty sauces such as meat ragu, broccoli and lard, mushrooms or turnip tops. Meatballs are often not made of meat, but bread, potatoes, or eggplant. Your bravery will be rewarded when you try the ‘moniceddhi’, small salted snails cooked with tomatoes and onion or stewed with onion and red wine. Cheese fans will enjoy trying the many varieties of ricotta, mozzarella and other cheese that the region is renowned for. For those with a sweet tooth, head to the nearest pastry shop for a fine selection of cakes and pastries made of ground almonds and sweetened with honey or figs.

Extra virgin olive oil production is one of the oldest activities in Salento. Often called the ‘gold’ of Salento, the oil has no artificial treatments and is the basic ingredient contributing to the region’s simple and nourishing diet.

Meals can be washed down with excellent local wines, including those from the widely-know grape varieties, such as Negroamaro, producing the Salice Salentino, and Primitivo, with its famous full-bodied reds.

Whether you’re strolling through a sleepy village far from the tourist trail or among the spider web streets of Salento’s sophisticated capital, Lecce, you cannot fail to be charmed by the stunning architecture, naturally beautiful settings and fascinating history of Salento’s towns and villages.

Gallipoli, literally named ‘beautiful city’, has an old town that sits on an island connected to the mainland by a 17th century bridge. The architectural wonders of the town, which include a fortress dating back to the 13th century, hint at the varied and long history of a town that was frequently under siege. Legendarily founded by Idomeneo from ancient Crete, the town was inhabited by Romans, Byzantines, Normans, Angevins and Bourbons in successive waves until the unification of Italy in 1861. Otranto is another picturesque town with a compelling mix of history, architecture, sea-front restaurants and beautiful views from its position on the Adriatic sea facing the Balkans and Greece.

Think Puglia specialises in the most desirable villas on the Salento peninsula. All of the company’s hand-picked gems come with the option of having cooks and cleaners. See www.thinkpuglia.com for more information on the great villas available or call 020 3131 2901 to speak to an expert.