Things to Include in Morocco Overland Tours 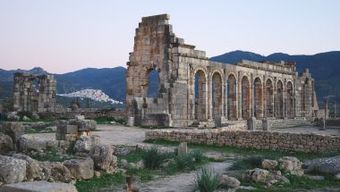 Posted on: 18 November 2015 by Katherine Morgan

With its Atlas Mountains, immense Sahara Desert and beautiful beaches, Morocco is a fantastic destination for all the family and is one of the most sought-after locations in Africa. Bordering the Atlantic Ocean and Mediterranean Sea, it is culturally diverse and boasts a myriad of natural treasures and people. Distinguished by its Berber, Arabian and European cultural influence, Morocco overland tours offer the ideal opportunity to delve deep into the country's rich history and explore its natural beauty and rich cultural heritage.

Taking you to the majestic Atlas Mountains, the Sahara Desert, the deep Todra Gorge and the imperial cities of Marrakech, Fes, Meknes and Casablanca, and letting you take in their sights, sounds and smells, overland tours of Morocco will leave your senses overwhelmed.

With its excellent beaches, ancient medinas and kasbahs, particularly in the capital city Rabat, Morocco is the perfect starting point for an overland adventure around Africa. Whether it is the Roman city of Volubilis or the breathtaking beach at Essouaira, which is ideal for wind- and kite-surfing, there are many attractions to feast your eyes upon. Morocco overland tours unfurl an ideal combination of the old and the modern country and give you the perfect insight into what life is like in this intriguing part of North Africa.

In addition to taking in its beaches, mountains and desert, a journey into the souks (marketplaces) of Marrakech, which sell traditional ceramics, metal lanterns and jewellery, will leave you amazed and culturally enlightened. The unique atmosphere of Marrakech's Jemaa El Fna, the central square at the heart of the medina, is also a must-see with its high-end restaurants and snake charmers. It is a kaleidoscope of colours and a maze of tiny streets, and as the evening falls it becomes a food market where you can sample some of the country's culinary delights. Marrakech's Koutoubia Mosque, which is one of the city's most sacred and well-known landmarks, should also not be missed. Also in Marrakech is Jardin Majorelle, a 12-acre botanical garden and artist's paradise.

Casablanca, meanwhile, is a heady mix of traditional Moroccan architecture and French art deco design. The city's huge Sacré-Coeur Cathedral, which was built in 1930 when the country was still under French rule, was designed by the architect Paul Tournon and built in neo-gothic style.

A trek in the high Atlas Mountains will enable you to visit the ancient and fortified Berber villages and even climb Jbel Toubkal, the highest peak in North Africa at 4,000 feet. Lower down, a dip in the river at the bottom of the 100-metre Cascades d'Ouzoud will allow you to cool off, with mid-afternoon rainbows providing even more of a sensory overload and a beautiful backdrop to the waterfall.

Morocco overland tours also incorporate trips to Fes, Morocco's oldest city, where the medina (Fes el-Bali) is a UNESCO world heritage site. It is a labyrinth of small streets where you will find mosques, royal gardens, local artisans' workshops, fountains and several monuments.