To France in search of WW1 poet Wilfred Owen 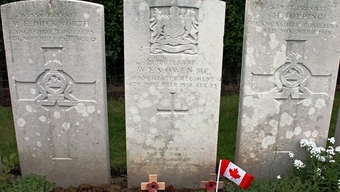 A weekend in northern France to visit the Maison Forestiere house where WW1 poet Wilfred Owen stayed before he fought his final battle. Then on a walk in his footsteps to the place where he died and his final resting place in a British War Cemetery in the village of Ors.

The contrast couldn’t be greater. One grave smothered in gold-embossed plaques, bowls of flowers, ornate urns and emotional messages. 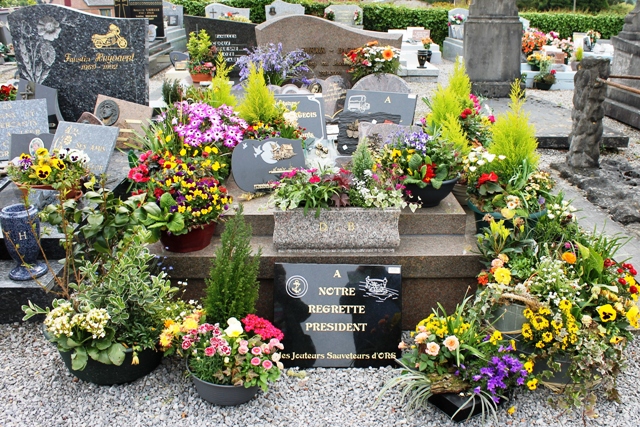 The other a simple white marble headstone, a couple of wooden crosses, fading paper poppies, a little Canadian flag  and a tiny rock plant struggling through the lumpy soil.  Yet this is the one we had come to see, the grave of a well-known soldier, the grave of a poet, a dreamer, a hero, a young man lost on the battlefield of World War 1 amidst the horrific, senseless destruction that conflict creates century after century …

Wilfred Owen was shot dead during a madly brave and stupidly pointless fight in the very last week of WW1.  Flanked on either side by Private W.E. Duckworth and Private H. Topping, both of the Lancashire Fusiliers, Lieutenant W.E.S. Owen, Manchester Regiment lies not far from the canal he died trying to cross, shot by the German troops on the opposite side of the water.

Earlier that day a group of us, staying in Arras, had met Jacky Duminy, mayor of Ors, a village in Northern France on the ‘Western Front’, at Maison Forestiere. 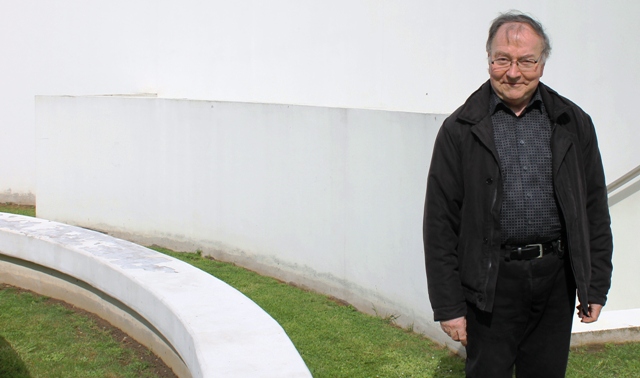 M Duminy has been the driving force behind getting this unique art work established to Wilfred Owen, “… not a museum, not a memorial, but a quiet place for meditation, reflection and poetry”.  On a quiet tree-lined road between P0mmereuil and Ors, the stark white building stands out in solitary remembrance.  It is here the poet and fellow soldiers of the 2nd Manchester Regiment, rested on the night of October 31st, 1918, while plans were being drawn up to attack the nearby German troops.

The Wilfred Owen Forester’s House has been transformed into an art installation by British visual artist Simon Patterson in collaboration with French architect Jean-Christophe Denise.  M Duminy led us down via a circular path into the cellar where Owen sheltered with over 20 fellow soldiers.  Inscribed on the white wall is a quote from his last letter to his mother, including the very poignant words,“There is no danger here, or if any, it will be well over before you read these lines.”  He was shot on November 4th and his mother got the news of his death on November 11th 1918, the day WW1 officially ended. 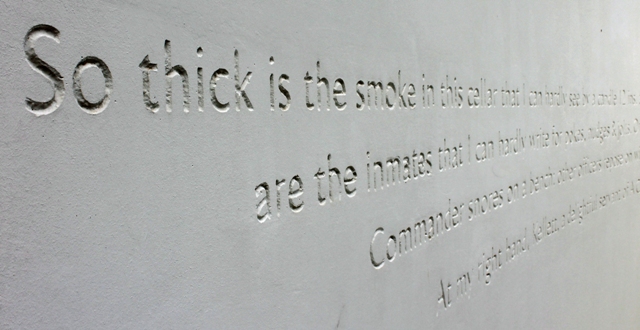 With 10 of us squeezed into the brick arch-roofed cellar it was fairly cramped.  On that night in 1918 many more were squashed in, but they seemed in good spirits as they knew the war was nearly over and hoped soon to return home.  Kenneth Branagh’s voice came etherally over the audio system, reading out his letter.  As a mother and ex English teacher of English who used to try to inspire teenagers to appreciate war poetry through Wilfred’s Owen’s raw verse, I found it extremely moving. 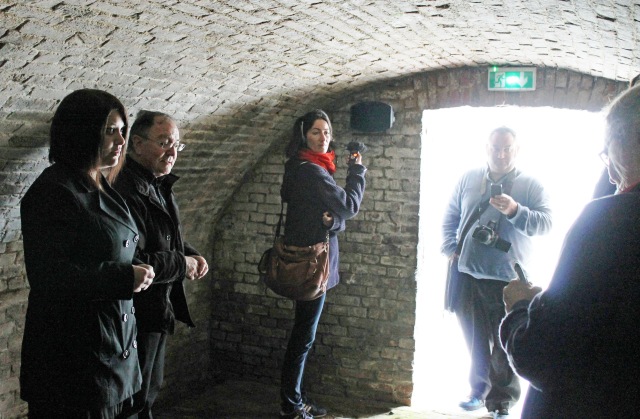 From here we went back up into the main part of the house, now a white shell, with possibly Owen’s most famous poem, ‘Dulce et Decorum Est‘ engraved across one wall.  A continuous loop of his war poetry is read out in English and French, lines projected onto the walls.  Slowly everyone tuned into the reading, the calm atmosphere and the evocative voice speaking of horrors from a hundred years ago. 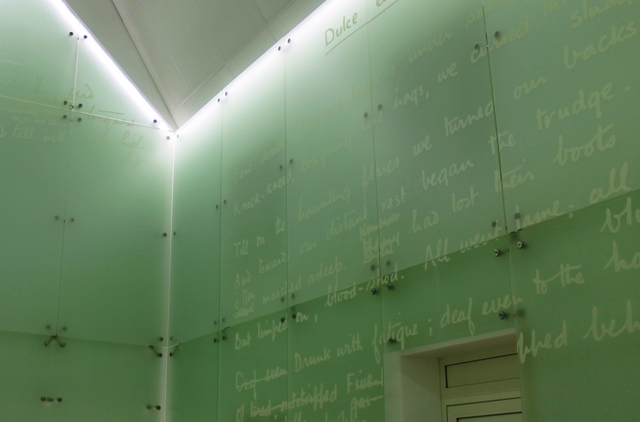 One that resonated particularly was

“Our brains ache, in the merciless iced east winds that knife us …
Wearied we keep awake because the night is silent …
Low drooping flares confuse our memory of the salient …
Worried by silence, sentries whisper, curious, nervous,
But nothing happens.” 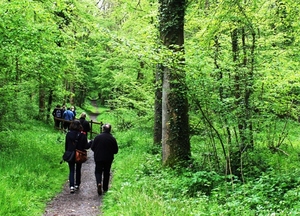 We then set off on a 7km walk into the nearby forest, Bois L’eveque, literally following in Wilfred Owen’s footsteps, the route he and his troops took to the canal. Read more here.

I travelled across to France with My Ferry Link and shared the trip with their friendly and informative representative Ellie. They put together a fascinating weekend with the Nord-Pas de Calais Tourist Board. For more information on the Maison Forestière in Ors, and to download the Wilfred Owen trail, click here.