Top 5 Things to do in South Africa Holiday 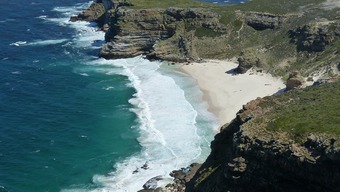 Stuck in your daily routine. Have a busy schedule. Don’t get time for family. Then the time has arrived for you to plan a holiday. When it comes to a family holiday, South Africa is the perfect destination. It offers something to people to all ages.

1. The Best Beach Experience
Boulders Beach is a sheltered beach made up of inlets between granite boulders that are why it is called Boulders Beach. It is located near Cape Town. Boulders Beach and neighboring Foxy Beach are home to a colony of thousands of African penguins and it’s great fun to watch them go about their daily business: preening and sunning themselves, guarding a nest, waddling along the sand like an old married couple and then transforming into sleek black-and-white torpedoes as soon as they enter the water. If I talk about the numbers, this beach, with its wind sheltered bays and safe sandy shores, is home to a breeding colony of over 2000 endangered African Penguins.
2. Come Close To The Great White Shark
Shark Alley is renowned the world over as one of the top commercial cage-diving destinations. Not surprising, given that it is home to one of the largest populations of Great White Sharks in the world. If you’ve ever dreamed of getting up close and personal with a Great White Shark, then Shark Allay is the place you should not miss. Situated just a few kilometers from Gansbaai village, Shark Alley is actually a narrow channel of water that runs between Dyer Island and Geyser Rock.
3. Robben Island
Robben Island is located in Table Bay, some 6km west of Bloubergstr and, and stands some 30m above sea level. Robben Island has been used as prison and a place where people were isolated, banished and exiled to for nearly 400 years. As home to one of the world’s most famous prisoners, statesmen and leader Nelson Mandela, Robben Island is quite possibly most well known island-prison on the planet.
4. Wild Coast - Experience The Wilderness
The Wild Coast in South Africa stretches along the Eastern Cape Province’s northern coastline. As its name suggests this strip of coastline, which reaches from the Mtamvuna River in the north to the Great Kei River in the south, is an untamed wilderness. The Wild Coast is an incredible, unassuming combination of breath-taking coastline, precipitous and craggy cliff faces, wild and desolate beaches, secluded bays and green rolling hills that rush headlong into deeply etched river valleys. The birth place of Nelson Mandela is an effortlessly unspoiled land that claims to be one of the most beautiful places on Earth.
5. The Orange River
The Orange River is the longest river in South Africa. It raises in the Drakensberg mountains in Lesotho and then flows west through South Africa to the Atlantic Ocean. The Orange River has a total length of 1,367 miles. On the Orange River you can enjoy scrumptious meals, raging campfires and great company as you can stay overnight under the starlit African sky. To top it all the water is warm and the weather naturally perfect all year round. You will get to experience Gourmet River Food, the African Night Sky, and the starkly barren Richtersveld National Park.

La Vacanza Travel offers perfect itinerary for South Africa holiday package that covers all the possible things during that time span. We make sure you don’t miss anything during your holiday. Visit www.lavacanza.in for your best of South Africa tour package booking and have a quality time with your family.