UK’s Safest and Most Perilous Cities to Live In 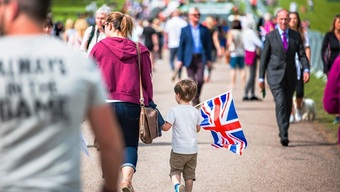 The rampant crimes and attacks all around the UK in recent years contribute to the increasing paranoia felt by natives and immigrants.

The rampant crimes and attacks all around the UK in recent years contribute to the increasing paranoia felt by natives and immigrants. In London alone, the murder and knife stabbing cases have drastically increased.

There have been a number of terrifying incidents that injured residents and claimed innocent lives such as the bombing in Ariana Grande’s concert and the London Bridge attack. Because of the shaky and scary situation in the UK, more and more Britons are in desperate search of safer places that they can call home.

Check out our list of safest and riskiest cities to live in here in British soil.

A survey was done recently, and it revealed that Edinburgh, Scotland’s capital is the safest places to live in Great Britain. According to the results of the poll, 90 percent of the citizens in Edinburgh believe that they are safe in their hometown.

The positive feedback of the residents may be due to the fact that the crime rate in Edinburgh is incredibly low. The majority of the natives, as well as the immigrants, highly recommend living in this part of the UK.

The poll also revealed the other four best places to live in Britain, and these are Bristol, Brighton, and Hove, Cambridge and Southampton.

A closer look at these safest cities

Let’s take a closer look at the first and second best cities to determine the possible reasons why their residents voted for them as safest places in the UK.

Edinburgh is one of Scotland’s most populated cities with around 489,000 citizens. It only measures 101.9 square miles with a great number of prime tourist destinations like the Edinburgh Castle and the Old Town. It is also home to one of UK’s top academic institutions, the University of Edinburgh. The cost of living in Scotland’s capital city is quite high.

Bristol is home to more than 460,000 individuals. The city is well known for its colourful and exciting cultural hub and flourishing maritime industry. According to studies, it’s 30% cheaper to live in Bristol compared to the NYC.

According to the results of the survey, Birmingham is the UK’s most dangerous city. It’s home to over 980,000 individuals with a land area of 103.4 square miles. Almost half of the respondents from Birmingham expressed their worries about living in this side of the country.

Also, a third of the survey respondents said that they don’t feel safe even inside their own home. Most of these respondent’s fear that they’d become victims of robberies, assaults and even extremist attacks.

The survey results also included four other cities that are dubbed as the most perilous places to live in here in Great Britain. These cities are London, Leicester, Sheffield, and Manchester. The population of these cities is as follows:

Majority of the residents in the aforementioned cities prioritise private security and investigation services to avoid untoward incidents.

What are UK’s top safety and security concerns?

As mentioned earlier, the UK has been facing a number of horrendous events. The survey’s top five worst cities in the UK, namely, Birmingham, Leicester, London, Sheffield, and Manchester have suffered from the attacks of extremists as well as thugs and criminals.

In London and Manchester, youth violence has significantly increased. On top of that, knife-stabbing incidents also increased. The latest knife-stabbing cases as of 2018 rose to more than 40,000. The number has been increasing for seven years.

Aside from issues with personal security, the country also faces terrorism and extremist problems. Back in 2017, the country suffered many terror attacks. In Manchester, Salman Abedi detonated an improvised bomb. The explosion and shrapnel killed and injured concert attendees. A total of 22 innocent Ariana Grande fans - mainly children were killed, hundreds injured and were left traumatised.

Another terror attack shortly after, this time in London, Westminster. Killer Khalid Masood drove his vehicle on the pavement on Westminster Bridge, running over pedestrians and ramming the gates of Parliament. He stormed the gates of Parliament, stabbing and murdering unarmed Police Office, Keith Palmer. During the rampage, a close protection officer shot Masood dead. It was a very short attack that claimed five lives.

Authorities believe that the surge of crimes and violence in the country is partly caused by the flooding of cocaine in the streets, the police budget cuts and redundancies. Because of the increasing number of incidents more and more people fear for their safety. This might also be contributing to the friction between various groups in the UK.

What should you do when you’re currently living a dangerous city?

If you live in Birmingham, London, Manchester, Sheffield or Leicester, you should pay extra attention to your safety and security. Stay updated with the latest news - social media can help you, but you need to determine the credibility of your news source.

Also, do your best to pay attention to the announcements from the authorities. There might be notices concerning the country’s security. Also, be alert and attentive all the time. Keep your senses sharp. Even if you live in the safest cities, you still need to be extra careful. Check your surroundings all the time. Keep your eyes peeled for any signs of danger.

Recognise the first signs of trouble so you won’t become a victim. As much as possible, you must learn how to defend yourself. You could also consider hiring a bodyguard if need be. To make your home is more secure, you can add CCTV equipment and additional security locks. It will also help you to learn your civil rights.

Last tips for your peace of mind

Britons from all over the country are growing more concerned about their safety. Some of them are planning to move to a new city. Do you feel the same way? What are your current concerns in your city so far? Do you feel safe and secure?

This is avey beneficial and useful article regarding the most perilous and safest city of the UK. If you want to move to the UK then this article can help you in finding a better place and now students can check ultius review to find out quality task. 7 cities are explained and examined on the behalf of the website. Thanks for sharing.

I remember the Manchester attack. It brings a lot of painful memories. A friend of mine spent six month in a coma. Am just lucky to be alive. Thanks for sharing, Arwen from electriciansherwoodpark.com

Well, this is such a good article for British, that means more tourism, which means more revenue. If you want to Find out more just browse here.

This is great. Well, everyone wants to live here and so am I. I enjoy reading this article. Looking forward for new articles.

been dreaming to stay in uk too www.newbornphotographerstlouis.com

Everybody's dream is to live in UK. Such an amazing place to live in. I really enjoy this website.

thanks for this deck builders

Thanks for this! miami bookkeeping

will surely share this to my friends! thanks for this awesome review https://bestmoldremediationnashville.com

woah thanks for the information!