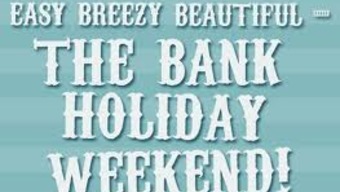 Before 1834, we use to have 33 saints and religious holidays. Where have they all gone?

The last bank holiday of the year is only a couple of weeks away.  That leaves a very long stretch until Christmas.  It seems that as a country, we need more time to relax and recharge the batteries.

But it wasn't always like this.  Prior to 1834, the Bank of England observed about thirty-three saints' days and religious festivals as holidays, but in 1834, this was reduced to just four: 1 May, 1 November, Good Friday, and Christmas Day. In 1871, the first legislation relating to bank holidays was passed when Sir John Lubbock introduced the Bank Holidays Act 1871. Sir John was an enthusiastic supporter of cricket and was firmly of the belief that bank employees should have the opportunity to participate in and attend matches when they were scheduled. Included in the dates of bank holidays are therefore dates when cricket games were traditionally played between the villages in the region where Sir John was raised. The English people were so thankful that they called the first Bank Holidays 'St. Lubbock's Days' for awhile. Scotland was treated separately because of its separate traditions; for example, New Year is a more important holiday in Scotland.

We need a few more bank holidays, especially in the last 4 months of the year.  In Canada and the US they have Thanksgiving Day in October/November.  This gives everyone something  to look forward to as a long weekend before the Christmas sales start.  It also creates a greater sense of anticipation and longing for Christmas because it doesn't start in September like it does here. Personally, the shops in England start promoting Christmas so early, I'm sick of it by the time it does come around!

So let's start a case for having at least one more bank holiday after August.  With school half term at the end of October, it would make sense to give the battered parents some time to recover too!

Source - Wikipedia (Wikipedia is an exter  nal website, outside of the Remindeo service)

Banks are the mainstream finance department of the world. Staff should be entertained with the better number of holidays but they can get dissertation assignment help so that they can take part in their religious activities.