Where to Stay in Sharjah: Best Areas to Live 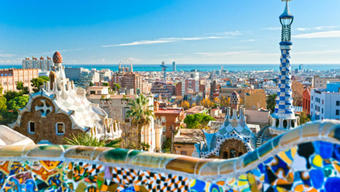 The Emirate of Sharjah, the UAE’s third largest emirate in terms of population and area, is located just north of Dubai. And while it is well-known as the cultural capital of the United Arab Emirates, Sharjah also offers many other activities that fit all ages along with a more comfortable and relaxed lifestyle when compared to Dubai. Rents are more affordable, so it is not surprising that many UAE residents choose to live in Sharjah.

In this topic, we will look at the best places to live in Sharjah, as well as rental trends in the city over the past year.

Al Nahda is located on the border between Dubai and Sharjah, meaning that moving from one city to the other will take far less time than for those who live further inside Sharjah.

Once handed over by developer ARADA, Nasma Residences is a conveniently located community that will offer world-class facilities to its residents. It’s situated in the heart of New Sharjah, just 10 minutes’ drive from Sharjah International Airport and University City, and has more than 800 villas and townhouses spread over a 5 million square foot plot.

A quiet residential community that saw average annual rent rate for two-bedroom apartments rising by 1.15% in 2017 to AED 44,000. The average annual price of three-bedroom properties stayed unchanged at AED 60,000.

Al Taawun was one of the best-performing residential areas in Sharjah for 2017. Two-bed apartments in Al Tawwun experienced a slight 2% increase in price compared to 2016, coming in at AED 51,000 per year, while the average annual rent for a three-bed fell by 9.3% to AED 68,000. The average annual rental price for one-room units is AED 39,000.

Residents of Al Taawun neighborhood enjoy being close to the popular, family-friendly location of Al Qasba, with a Ferris wheel, cafes, restaurants and art activities.

Al Majaz is regularly featured on lists of the most popular areas in Sharjah, where tenants looking for a one-bedroom apartment can expect to pay an average rate of AED 38,000 (down 6.1%), while the two-bedroom units dropped by 15.4% to AED 46,500. On the other hand, rental rates of three-room apartments have declined by 8% compared to 2016 to reach AED 69,000 in 2017.

One of the oldest and most-searched-for areas to live in Sharjah, Al Khan’s location has played an important role in determining its importance, past and present, given its spot on the road between Sharjah and Dubai.

Prices have fallen in the Al Khan area for one and two-bedroom apartments in 2017. One-bedroom units saw the average annual rent price listed at AED 35,000 while rates of the two-bed apartments were AED 43,000 per year, partly due to a 10.4% year-over-year decrease in rental demand.

Nice post. This is very useful for a travel lover like me. I'm working with a dissertation writing company and I used to travel different places during holidays. I have not been comfortable with the stay at the places I have visited. I would like to visit Sharjah this time. I think this article well explained about the stay.

I have been in Sharjah and that Muslim community is very generous and kind. Source pro papers review provide you facilities which are not common in other countries including site seeing of the country and their oil reservoirs. I loved the country and its people.