Why cruising is especially fun for over-50s 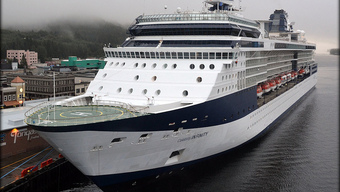 Cruises are becoming increasingly popular, and not just with families and young couples. The over-50s age group, often flush with hard-earned cash and looking to see the world while they’re still full of beans, are fast discovering the advantages of cruising over more traditional holidays.

Moreover, cheap cruises put this type of break within reach of everyone - it’s simply a matter of picking a route that takes your fancy and getting to the departure point. You can forget packing and unpacking, waiting in long queues at airports or worrying about cancellations - once you’re on board, everything is taken care of. With a regular turnover of exotic destinations, plentiful on-board entertainments and activities, and the ambiance of a five star hotel, you can completely relax and enjoy yourself.

There are cruise lines that specialise in catering for young families or couples, but plenty of others that are tailored to cater for the needs of the over-50s as well. This age group tends to be refined and discriminating, able to appreciate attentive staff and superior service and with a keen interest in unfamiliar cultures and peoples. Princess Cruises, for example, at the higher end of the brand, excels in its fine cuisine and has, over the four decades it has been operating, gained a reputation for pampering its guests whilst showing them the world.

This is not to suggest that this line is beyond the reach of the average holidaymaker, as you have to remember that cruise holidays in general usually work out the same as (or cheaper than) traditional breaks once you’ve taken account all additional expenses in the latter. With an all-inclusive cruise you know exactly what your budget covers, apart from small extra expenses such as picking up souvenirs at ports of call.

The average age of Fred Olsen Line guests is around the mid-50s, although there are older and younger travellers as well. It’s one of the most popular choices with middle-aged and elderly Britons, with liners sailing regularly from ports in Scotland and northern England. The ambiance on board is distinctly British, with music hall-style entertainment in the evenings, afternoon tea served on deck, and roast dinners with gravy, Yorkshire puddings and all the trimmings. Close your eyes and you could easily be back in the days of Agatha Christie’s novels, with nobody batting an eyelid if you choose to dress for dinner or get invited over to the captain’s table as the piano tinkles.

The Cunard line has a particularly long and distinguished reputation in the cruise market, dating all the way back to the Victorian era. All age groups use the line, but the over-50s receive special treatment in that they have their own exclusive dining room, far from the madd(en)ing crowd. Such special touches seem to work, because Cunard is hugely popular with the mature crowd for both short getaways and longer voyages.

Cruising is the ideal way to get around a lot of fascinating countries fast, with all the legwork done by attentive staff and never a dull moment on board - unless you want it, of course. Young and old alike, and everyone in between, are increasingly realising that this type of holiday has advantages in every department. For the over-50s, who perhaps can’t be bothered with the usual hassles attendant on a more typical getaway, it is especially appealing.